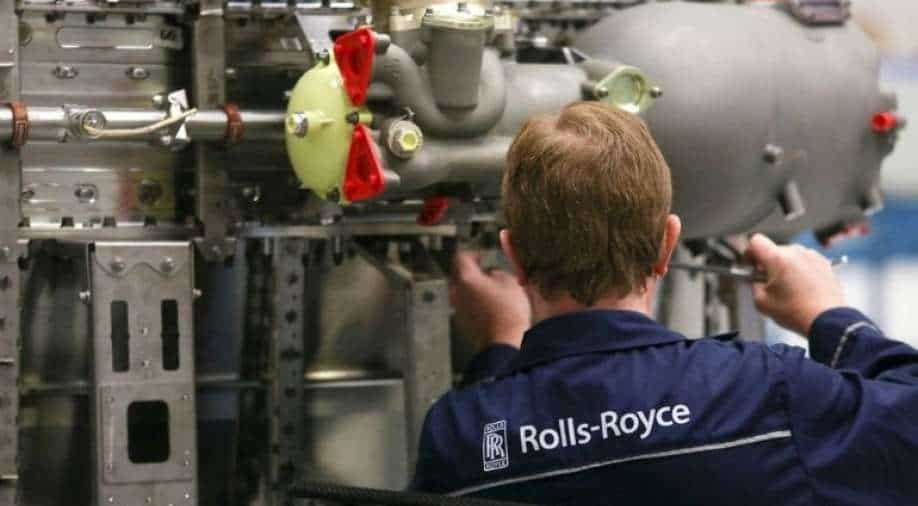 A Rolls-Royce engine is seen on a Boeing 787-9 Dreamliner owned by ANA Holdings Inc. in Everett, Washington Photograph:( AFP )

Norway's NSM security agency is assessing the 150 million-euro ($178 million) sale announced on February 4 of Bergen Engines to a company controlled by Russia's TMH Group, NSM and the justice ministry said

Norway has suspended the sale of a Norwegian engine maker owned by Rolls-Royce Holdings to a Russian-controlled company while it assesses the security implications for the country's navy and the civilian sector, the government said on Tuesday.

Norway's NSM security agency is assessing the 150 million-euro ($178 million) sale announced on February 4 of Bergen Engines to a company controlled by Russia's TMH Group, NSM and the justice ministry said.

Britain's Rolls-Royce said it was selling Bergen Engines as part of a disposal plan aimed at helping the maker of engines for aircraft and ships survive the pandemic.

Based in Bergen on Norway's west coast, Bergen Engines is, among other things, a supplier to NATO member Norway's navy which is headquartered nearby.

"There is significant uncertainty in relation to national security interests, and this uncertainty must be dealt with," Justice Minister Monica Maeland told a news conference to announce the suspension. "We don't know which conclusion we will draw."

TMH Group said it would cooperate with Norwegian authorities and it was hopeful of completing the transaction.

"We are fully aware of and take seriously our export control compliance obligations," TMH said in a statement.

"This will include those obligations that relate to Bergen Engines, relating to the protection of any controlled technology including to prevent it being used for unauthorised end use."

Norway's justice ministry said any ongoing due diligence linked to the sale must also be put on hold during the review.

In 2019, Norway introduced a new security law strengthening the government's ability to impose conditions or block foreign acquisitions when vital national interests are at stake.

While NSM assesses corporate takeovers from time to time, Norway has yet to block any business transactions since the law came in, the agency said.

Rolls-Royce shares closed down 2.3 per cent on Tuesday, lagging a 0.2 per cent rise in the FTSE 100 benchmark index.

A spokesman for Rolls-Royce said it had alerted the government in the proper way before announcing the sale.

"We understand, however, that the Norwegian Government now wishes to further investigate the deal and Rolls-Royce will co-operate in any way we can with that review. As requested, we have paused the sales process," the spokesman said.

Relations between Norway and Russia, which share a border in the Arctic, gradually improved in the post-Cold War era before suffering a setback when Moscow annexed Crimea in 2014.

That triggered more tension in the north with a military build-up on both sides and more frequent manoeuvres.

The Russian embassy in Oslo did not immediately respond to a request for comment.

Besides Bergen Engines' commercial relations with Norway's navy, authorities must also consider the wider implications of the Rolls-Royce deal, said Jakub Godzimirski, a research professor at the Norwegian Institute of International Affairs.

"It must be decided under Norway's security law whether the new owners would get access to sensitive information," he said. "If a Russian firm acquires a leading maker of engines, it could also give the Russian navy access to new technology."

While Norway welcomes foreign investment, this must be balanced against potential threats to national security, the justice ministry said. Maeland said she planned to brief parliament separately on the matter.

Bergen Engines makes medium-speed gas and diesel engines for marine and power generation customers. It employs about 950 people and had revenue of 239 million pounds ($332 million) in 2019.