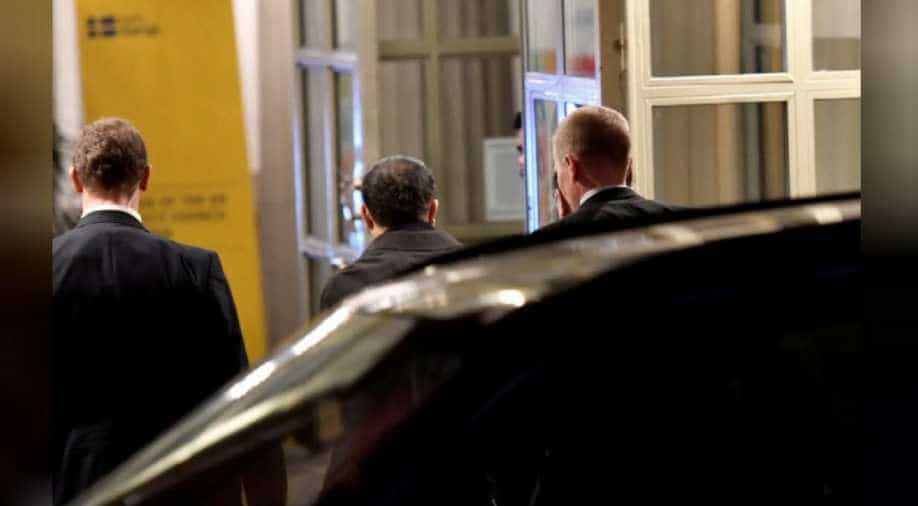 North Korea’s foreign minister landed in Sweden on Thursday for talks, prompting speculation that the two-day trip could lay the groundwork for a possible meeting between US President Donald Trump and North Korean leader Kim Jong Un.

A Swedish Foreign Ministry spokesman said Ri Yong Ho was in Stockholm to discuss with Swedish counterpart Margot Wallstrom the security situation on the Korean peninsula and Sweden’s diplomatic representation of the United States in North Korea.

Sweden, which is not a member of the US-led NATO military alliance, has been mentioned as a potential location for a possible face-to-face meeting between Trump and Kim.

“If it is the case that the main players want Sweden to play a role, to facilitate, to be a forum or a link or whatever else, we are prepared to do that,” Swedish Prime Minister Stefan Lofven told Swedish news agency TT.

“But it must be the main players who decide, in that case, what role Sweden will have.”

North Korean state media confirmed Ri’s trip on Friday, saying he had flown to Sweden to speak with his counterpart on “bilateral relations and issues of mutual concern”. It did not mention engagement with the United States.

US State Department spokeswoman Heather Nauert told a regular news briefing in Washington she was aware of the Stockholm meeting but the United States would not take part.

“We don’t have any information that that meeting is about what we anticipate to be a meeting between the United States, other parties, and North Korea,” she said, referring this question to the Swedish government.

“We are not sending any representation,” she added.

Nauert said the United States was preparing for a possible summit with North Korea in good faith but had yet to hear directly from North Korea on the matter.

With a diplomatic presence in Pyongyang that goes back to the 1970s, Sweden may be able to help smooth the path for such a meeting, even if it does not end up hosting the talks.

“This meeting will hopefully lead to clarity about what North Korea wants from a high-level meeting and what the time-frame is and what the conditions will be - for example, should there be any preliminary meetings,” a source with knowledge of the situation said.

“It is not even certain that North Korea wants to have a meeting.”

The source said it was important to build confidence between Washington and Pyongyang, adding: “The United States wants to have help with consular matters and North Korea wants to be sure that no one is going to invade.”

Since Trump’s surprise announcement last week that he was willing to meet Kim, speculation has mounted over what location might be chosen to host what would be the first meeting between serving leaders of the two countries.

Sweden acts as a diplomatic representative in North Korea for the United States, which has no embassy there and has helped with the release of US citizens held by the reclusive state.

In its statement, Sweden’s foreign ministry noted that the UN Security Council had unanimously condemned North Korea’s nuclear weapons and missile programmes and demanded their “complete, verifiable and irrevocable elimination”.

“Sweden fully supports the Security Council resolutions. The aim of the visit is to contribute to the effective implementation of the resolutions,” the ministry said.