North Korea 'on the cusp of' nuke that could hit US: CIA chief 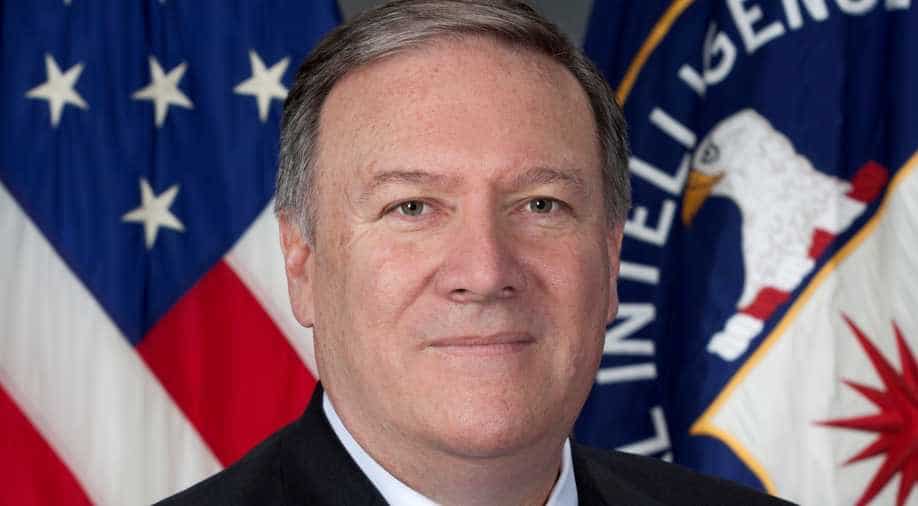 CIA director Mike Pompeo and US National Security Adviser HR McMaster said Trump would still prefer to use sanctions and diplomacy to force Kim to come to the table to discuss disarmament.(Image source:Wikipedia) Photograph:( Others )

The United States should assume Kim Jong-Un's regime is "on the cusp" of getting a nuclear missile capable of striking US targets and work to prevent this, the head of the CIA said Thursday.

CIA director Mike Pompeo said President Donald Trump is determined to prevent North Korea from making the breakthrough "whether it happens on Tuesday or a month from Tuesday."

Both Pompeo and US National Security Adviser HR McMaster said Trump would still prefer to use sanctions and diplomacy to force Kim to come to the table to discuss disarmament.

But, speaking to a Washington policy forum, both also warned that the use of US military force remains an option to prevent Pyongyang from acquiring a long-range nuclear missile.

"They are close enough now in their capabilities that from a US policy perspective we ought to behave as if we are on the cusp of them achieving that objective," Pompeo said.

Pompeo said US intelligence had kept close tabs on the North Korean program in the past, but that its missile expertise is now growing too quickly to be sure when it will succeed.

"But when you're now talking about months our capacity to understand that at a detailed level is in some sense irrelevant," he said.

"The president's made it very clear," he added.

"He's prepared to ensure that Kim Jong-Un doesn't have the capacity to hold America at risk. By military force if necessary."

This week, North Korea's deputy UN ambassador declared that Pyongyang would not put its nuclear arsenal nor ballistic missile program on the table unless Washington drops its "hostile" stance.

And Kim's regime has made no secret of its efforts to develop an intercontinental ballistic missile capable of hitting US mainland cities or bases in the Pacific, conducting regular tests.

McMaster told the conference, organised by the Federation for Defense of Democracies (FDD), that the regime would not be allowed to develop arms that would threaten the United States.

"We are not out of time but we are running out of time," Trump's top security adviser said.

"The president has been very clear. He's not going to accept this regime threatening the United States with nuclear weapons," he warned.