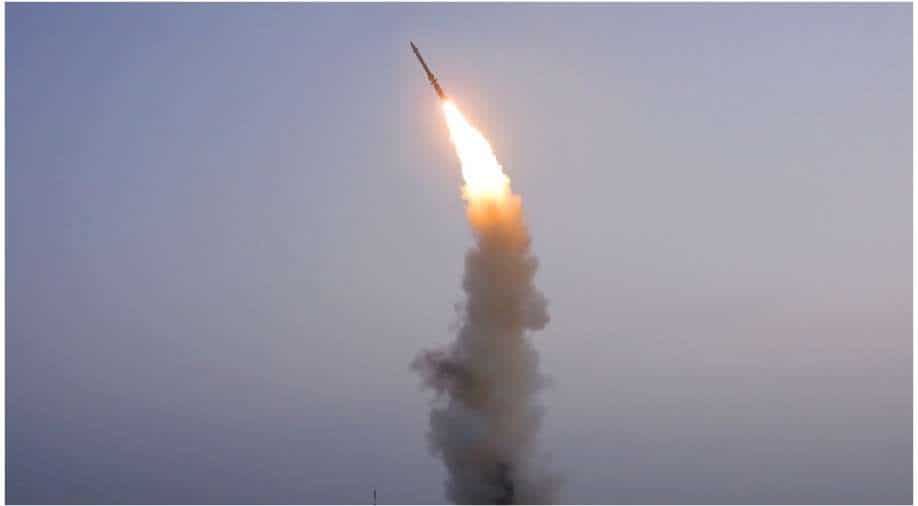 A newly developed anti-aircraft missile is seen during a test conducted by the Academy of Defence Science, in this undated photo released on October 1, 2021 Photograph:( Reuters )

North Korea carried out a fresh test of a newly developed anti-aircraft missile on Thursday, according to state media KCNA which reported the news on Friday. The test is latest in North Korea's series of weapons tests. North Korea's denuclearisation talks with the United States are deadlocked.

This is North Korea's second known weapons test this week. On Tuesday, it launched a previously unseen hypersonic missile.

It has also fired ballistic missiles, and a cruise missile with potential nuclear capabilities, in recent weeks.

The tests highlighted how North Korea has been steadily developing increasingly sophisticated weapons, raising the stakes for efforts to press it to give up its nuclear and missile programmes in return for US sanctions relief.

The Academy of Defence Science, a military weapons developer, said the test was aimed at confirming the practical functionality of the missile's launcher, radar, comprehensive battle command vehicle and combat performance, according to the official KCNA news agency.

It added the missile has new key technologies such as twin rudder control and double impulse flight engine.

"The remarkable combat performance of the new-type anti-aircraft missile with features of rapid responsiveness and guidance accuracy of missile control system as well as the substantial increase in the distance of downing air targets has been verified," KCNA said.