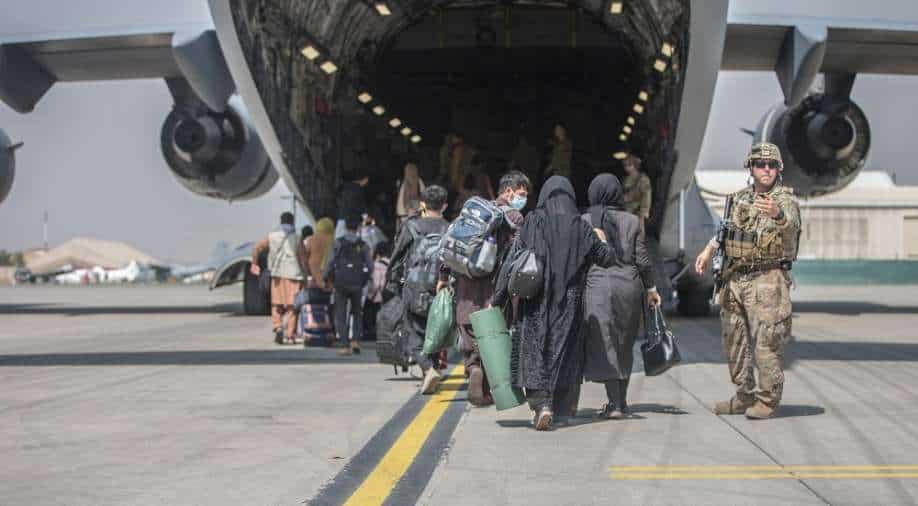 Pentagon press secretary John Kirby told a media briefing that the US is still aiming for the current deadline for final pull out and evacuation operation for Afghanistan.

The Biden administration's plan of withdrawing all American personnel out of Afghanistan by August 31 has not changed, according to US Defence Department Press Secretary John Kirby.

“Every day, we are making progress in bringing Americans out, as well as Special Immigrant Visa applications and vulnerable Afghans,” he continued.

Kirby stated, “We are committed to getting any and all Americans who wish to go out.”

“We still believe – certainly now that we have been able to increase the capacity and the flow -- we believe that we have the ability to get that done by the end of the month.”

Earlier, Taliban spokesperson Zabihullah Mujahid said Tuesday that his group will accept "no extensions" to the August 31 deadline set by the Biden administration for the removal of all American forces from Afghanistan.

According to the Pentagon, new bases may be required to house Afghans evacuated from the war-torn country.

According to CNN, the US has evacuated some 12,700 individuals from Kabul airport in the last 24 hours, citing a White House official.