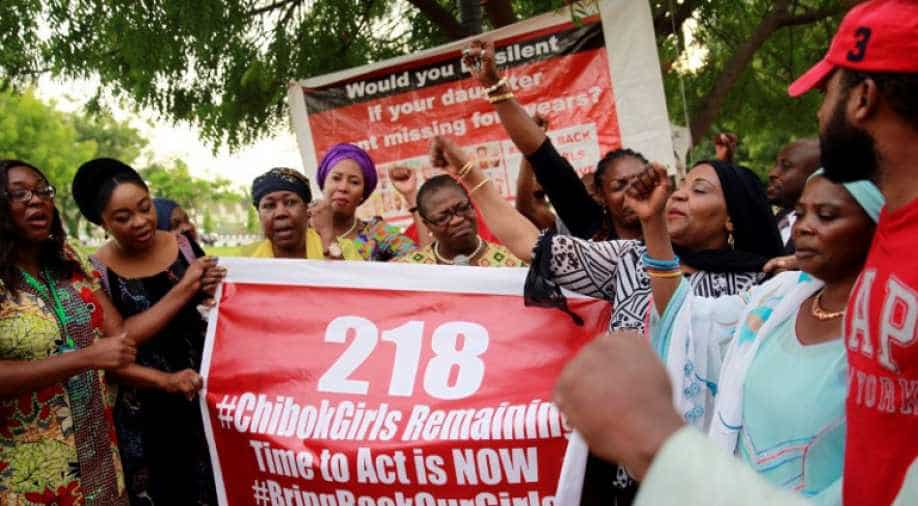 Last month, 21 of the abducted 270 girls were released by Boko Haram following talks between the Nigerian government and Boko Haram. Photograph:( Reuters )

The Nigerian military on Saturday rescued another of the missing Chibok schoolgirls, abducted by Islamist militant group Boko Haram, near the border with Cameroon.

The army spokesman Sani Usman said the girl was discovered by troops who were screening escapees from Boko Haram's base in the Sambisa forest in Pulka, Gwoza local government area in Borno state.

The girl, Maryam Ali Maiyanga, was "discovered to be carrying a 10-month-old son", the army spokesman said.

Last month, 21 of the abducted 270 girls were released by Boko Haram following talks between the Nigerian government and Boko Haram brokered by the International Red Cross and the Swiss government.

The government said it was hoping to secure the release of 83 other girls believed to be from Chibok being held by a different factions of the extremist group.