New monolith alert: In Poland, on Vistula riverbank in Warsaw 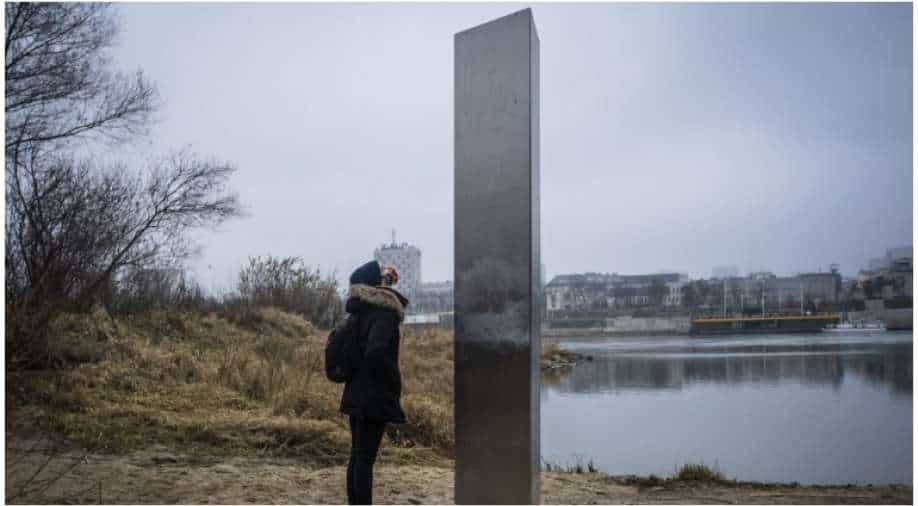 A woman looks on at the metal monolith that has popped up on a riverbank of the Vistula in the Polish capital Warsaw, the latest in a string of similar objects that have recently appeared in Europe and the US. Photograph:( AFP )

The latest monolith was noticed by joggers

Love them or hate them, monoliths are here to stay. Atleast they are here to pop up every day in God knows which corner of Earth. The newest of the monoliths has appeared oh-so-mysteriously in Poland. And no just anywhere in Poland, but in its capital Warsaw on the banks of Vistula river. Local media reported that joggers noticed the monolith.

The monolith in Poland stands about 3 metres (10 feet) tall. Has a dull silver colour and is held together by screws. It has appeared near a major bridge in Warsaw.

"A mysterious and unusual installation has emerged on the beach on the right (river) bank," Warsaw's Vistula district authorities said on their Facebook page.

"If you spend your time actively on the Vistula river, it won't escape your attention," they added, without elaborating.

"I was expecting some kind of metaphysical experience, but it's not really all that impressive," a woman visiting the site on Thursday who declined to be named told AFP.

No one claimed responsibility for the installation as of Thursday.

Also Read | Another monolith pops up, in Texas this time

Monolith appearances have been everywhere on social media since last month. First it was found in Utah. Monoliths were then found in Romania, California, Belgium and on Isle of Wight. They have also been spotted in Spain Germany and Colombia.

On Thursday (December 9) a monolith was found on Glastonbury Tor in England but since it was written that it was "not Banksy" on it, this appearance was taken more as a joke.

On Wednesday (December 8) another monolith was spotted in El Paso, Texas.

The monolith was later found removed.