Latest monolith in England has a message: don't consider it a work of Banksy 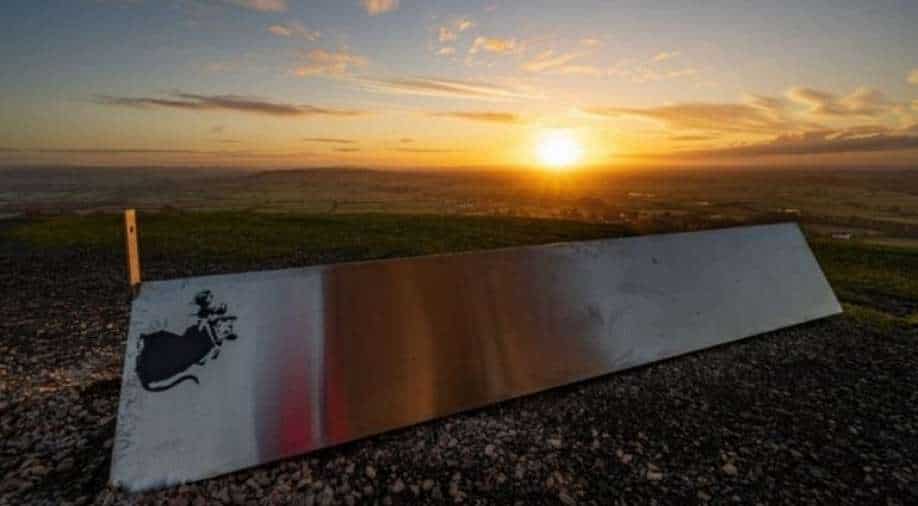 The message from the newly discovered monolith on top of Glastonbury Tor in England is clear, it's "not Banksy" behind this mystery.

On Wednesday morning, people passing by this area found this object lying with "Not Banksy" written on it.

Michelle Cowbourne was on her morning walk when she first spotted this structure and couldn't believe what she had seen.

"I walked up the long slope side and this was on the other side and when I saw it I couldn't believe my eyes," Cowbourne was quoted as saying by BBC.

"I just thought what on earth is that."

After last month's discovery in Utah, similar structures are appearing from around the world.

Also Read | Another monolith pops up, in Texas this time

The artwork in the monolith on the Glastonbury Tor has a stencil drawing of a rat, a style similar to what is practised by British street artist Banksy.

Cowbourne saw the monolith lying horizontally and she along with other people, placed it vertically with a lot of effort.

"There were two big metal bolts but they hadn't been fixed to the ground properly. It's a big chunk of metal and it was really heavy," she said.

Meanwhile, another metal monolith has popped up in the Polish capital Warsaw on a riverbank.