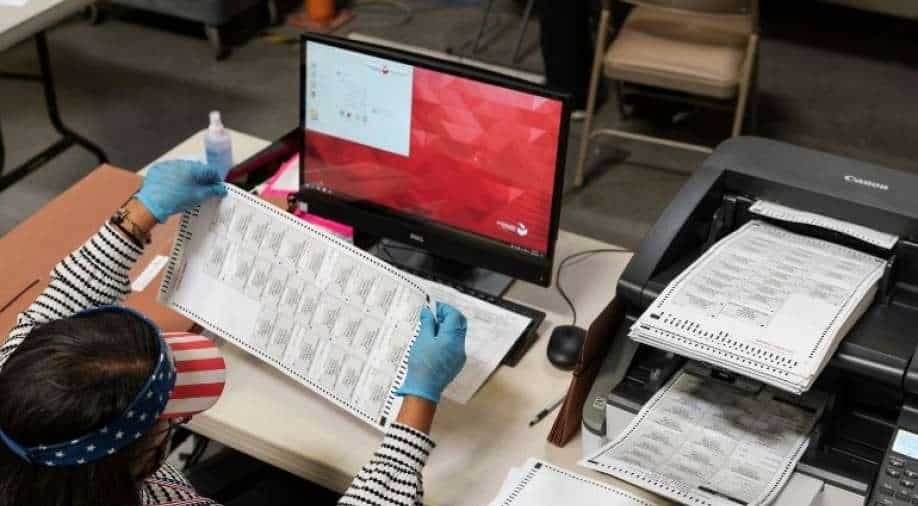 Donald Kirk Hartle, a Republican, had claimed that someone voted in the 2020 election by using the mail-in ballot of his wife, who died in 2017. He now faces two counts of voter fraud

Speaking to a local news station in November, Donald Kirk Hartle described being “surprised” by the possibility that someone had stolen his dead wife’s mail-in ballot and used it to vote in the 2020 election. “That is pretty sickening to me, to be honest with you,” he told KLAS-TV in Las Vegas.

But this week, the Nevada attorney general filed two charges of voter fraud against Hartle, 55, claiming that he was the one who forged his wife’s signature to vote with her ballot.

“Voter fraud is rare, but when it happens, it undercuts trust in our election system and will not be tolerated by my office,” Aaron D. Ford, the attorney general, said in a statement Thursday. “I want to stress that our office will pursue any credible allegations of voter fraud and will work to bring any offenders to justice.”

The announcement from Ford’s office comes months after waves of Republicans, including former President Donald Trump, falsely asserted that the 2020 election had been tainted by widespread voter fraud, including in Nevada, a state that Trump lost.

Hartle, a registered Republican, was charged with voting using the name of another person and voting more than once in the same election, the attorney general’s office said in the statement. Each charge carries a prison sentence of up to four years and a fine of up to $5,000, prosecutors said.

The criminal complaint did not explain how prosecutors came to the conclusion that Hartle had committed voter fraud. Questions sent to the office of Ford, a Democrat elected to the position in 2018, were not immediately responded to Saturday.

David Chesnoff, a lawyer for Hartle, said in a statement that his client “looks forward to responding to the allegations in court.” Hartle is scheduled to appear Nov. 18 in the Las Vegas Township Justice Court.

The Nevada Republican Party had cited Hartle’s story as evidence of voting irregularities on Twitter last year, saying that Hartle “was surprised to find that his late wife Rosemarie, a Republican, cast a ballot in this year's election despite having passed away” in 2017.

Since the announcement of the charges against Hartle, the party has not corrected the record, said Callum Ingram, an assistant professor of political science at the University of Nevada, Reno.

“The state Republican Party has been pretty quiet certainly on this case since the narrative got flipped on its head,” Ingram said in an interview on Saturday.

Hartle is the chief financial officer and treasurer for Ahern Rentals, according to his LinkedIn profile. The business rents out construction equipment and is a part of the Ahern Family of Companies. One of its businesses, Xtreme Manufacturing, was fined $3,000 in 2020 for hosting a Trump rally that did not comply with the state’s COVID regulations at the time, said Kathleen Richards, a spokesperson for the city of Henderson, Nevada.

Nevada was among several states dealing with dubious claims of voter fraud after the presidential election last November.

Nevada Secretary of State Barbara Cegavske said in a document posted in December titled “Facts vs. Myths” that there was no evidence of large-scale voter fraud in the state.

“Our office takes voter fraud very seriously,” Cegavske said in the statement released by Ford’s office. “Our securities division worked hard to bring this case to a close.”

Conservative news outlets spread Hartle’s story. After the state Republican Party highlighted the case on Twitter, conservative commentator Dinesh D’Souza discussed the case on his show. Then Fox News host Tucker Carlson promoted Hartle’s account, saying, “We don’t know who did this. We wish we did, because it’s fraud.”

For many voters in the state, Ingram said, proving that widespread voter fraud did not occur “is something that no amount of counterevidence, no amount of effort to prove folks wrong with facts or reason, is ever going to touch because it’s an unquestionable article of faith.”