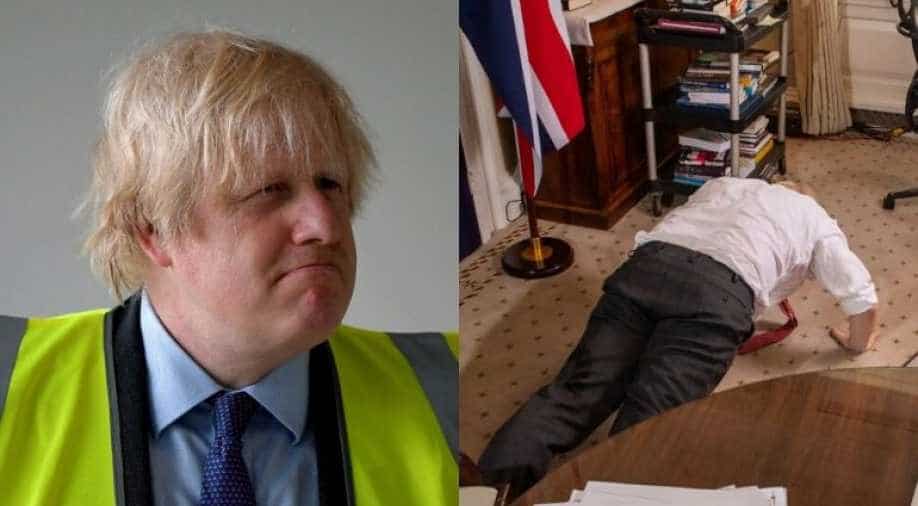 The photo of his push-ups made rounds on the internet leaving netizens puzzled.

British Prime Minister Boris Johnson, who was once infected with coronavirus, said that he is 'fit as a butcher's dog' and boasted his good health by doing some 'press ups'.

On March 27, the British Prime Minister announced that he was infected with the novel coronavirus. After quarantining himself for a week, Johnson was admitted to hospital on April 5 for further tests but within 24 hours was moved to intensive care after his symptoms worsened. Boris Johnson returned his office, earlier in May. 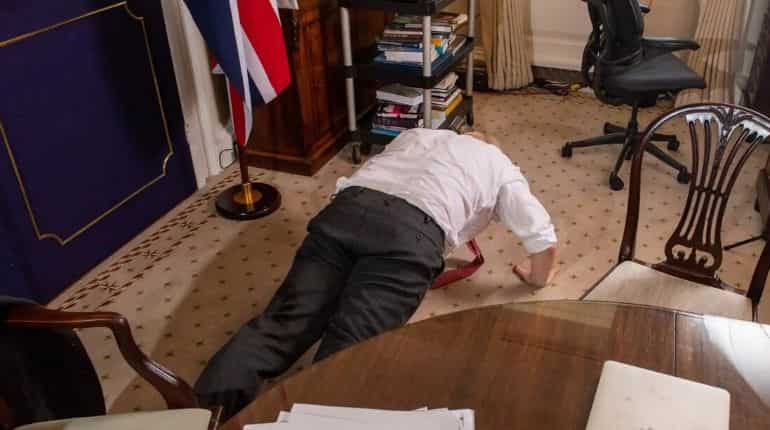 Johnson revealed that he never thought of dying due to the virus during his treatment and his battle with coronavirus has made him more determined to fight the disease and get the country back to normal.

During an interview with the Daily Mail, Johnson said: “I’m as fit as a butcher’s dog now. Do you want me to do some press-ups to show you how fit I am?”

The photo of his push-ups made rounds on social media platforms leaving netizens puzzled.

If, as Boris Johnson proclaims, he is now as “fit as a butcher’s dog”, his illness can no longer be used as an excuse for his incompetence, laziness and detachment from the life of the nation.

Downing Street release photo after Boris Johnson does a push up for each avoidable CV-19 death pic.twitter.com/aOy2atY0pc

Why has the Mail published a photo of Boris Johnson attempting a press up when it just highlights how embarrassingly unfit he looks? Is the Mail trolling him by humiliating him or the public by treating us like fawning idiots?