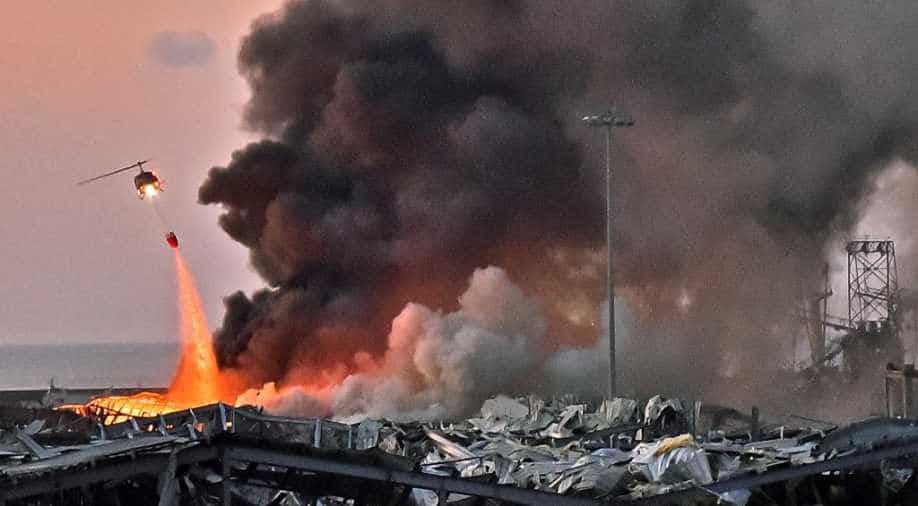 It could have been 'negligence or foreign interference through a missile or bomb', he said

Lebanese President Michel Aoun on Friday said that the port blast that killed over 150 people and caused massive destruction in Beirut was caused either because of negligence or a missile attack.

"There are two possible scenarios for what happened: it was either negligence or foreign interference through a missile or bomb," he said, as he called for "swift justice".

The Lebanese president admitted "paralysed" system required to be "reconsidered", but rejected calls of an international probe.

The deadly blast has further deteriorated the already battering economic situation of Lebanon and led to a number of international aids.

Charles Michel, president of the European Council will visit Beirut on Saturday.

Earlier, French President Emmanuel Macron, who visited the Lebanese capital on Thursday stressed on implementing deep reforms ahead of the upcoming aid conference.