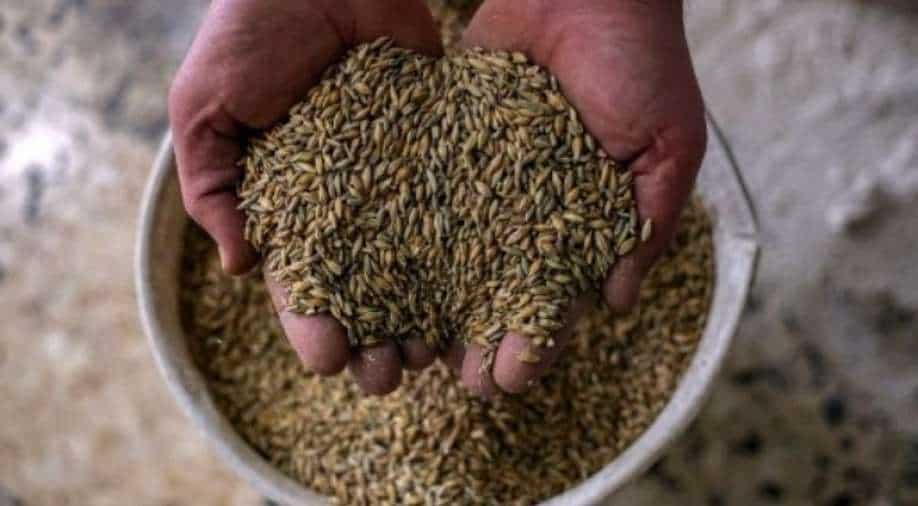 According to figures from the International Grains Council, Ukraine was the world’s fourth-largest exporter of maize (corn) and the sixth largest exporter of wheat in the 2020/2021 season. (Representative image) Photograph:( AFP )

A UN food agency official said on Friday that about 25 million tonnes of grains are stuck in Ukraine and unable to leave owing to infrastructure problems and blocked Black Sea ports, including Mariupol.

According to the FAO, the obstructions are a role in rising food prices, which reached a record high in March following Russia’s “special military operation” before easing marginally in April.

FAO Deputy Director, Markets and Trade Division, Josef Schmidhuber in a Geneva press conference via Zoom said, “It's an almost grotesque situation we see at the moment in Ukraine with nearly 25 million tonnes of grain that could be exported but that cannot leave the country simply because of lack of infrastructure, the blockade of the ports."

He further said that the full silos may cause storage problems for the upcoming harvest in the month of July and August. Another matter of concern, he continued, is indications that some grain storage facilities in Ukraine have been destroyed because of the war.

Ukraine has been obliged to export grain via train over its western border or from its minor Danube River ports since Moscow initiated the war in late February.

The head of the World Trade Organisation in conversation with Reuters said that she is “extremely concerned” about rising food prices and is working with other partners to find answers for the same.

"It would really help the world if we could evacuate this grain (from Ukraine)," Ngozi Okonjo-Iweala said. "There's a serious risk of food prices going up and spiraling out of affordability that could lead to more hunger."