NATO members express solidarity ahead of Russia talks: 'We are also consulting with other key partners' 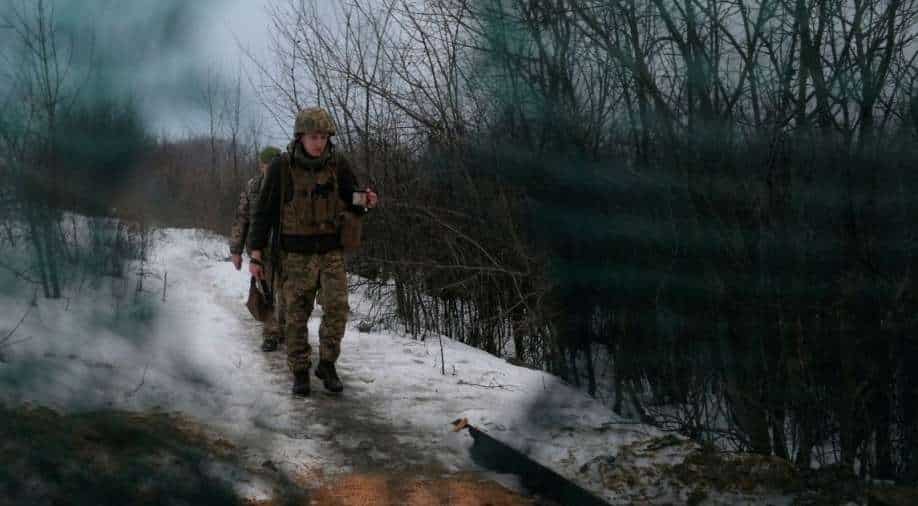 This file photo is of service members of the Ukrainian armed forces walking at combat positions near the line of separation from Russian-backed rebels outside the town of Popasna in Luhansk Region, Ukraine January 6, 2022. Photograph:( Reuters )

On Twitter, the foreign ministers of Latvia, Estonia, Belgium and Slovakia shared that sentiment, saying that NATO could not dilute its key principles or values

He added, "NATO remains committed to our dual-track approach to Russia: strong deterrence and defence, combined with meaningful dialogue."

Speaking about Russia's intention of having a dialogue, Stoltenberg said that it is a "positive signal" that Russia is now prepared to come to the table and talk because when "tensions are high, dialogue is even more important".

Hee said that the consultation is underway with other key partners, such as Georgia, Moldova, Finland and Sweden, as well as the European Union.

On Twitter, the foreign ministers of Latvia, Estonia, Belgium and Slovakia shared that sentiment, saying that NATO could not dilute its key principles or values.

During the meeting, the ministers stressed that any further aggression against Ukraine would have significant consequences and carry a heavy price for Russia.

Allies continue to stand with Ukraine and fully support its sovereignty and territorial integrity, as well as the principle that all countries have the right to decide on their own path and their alliances.

Meanwhile, amid all the claims made by the West after Russia increased military deployment near the Ukraine border, Russian President Vladimir Putin has repeatedly denied plans for an invasion of Ukraine.