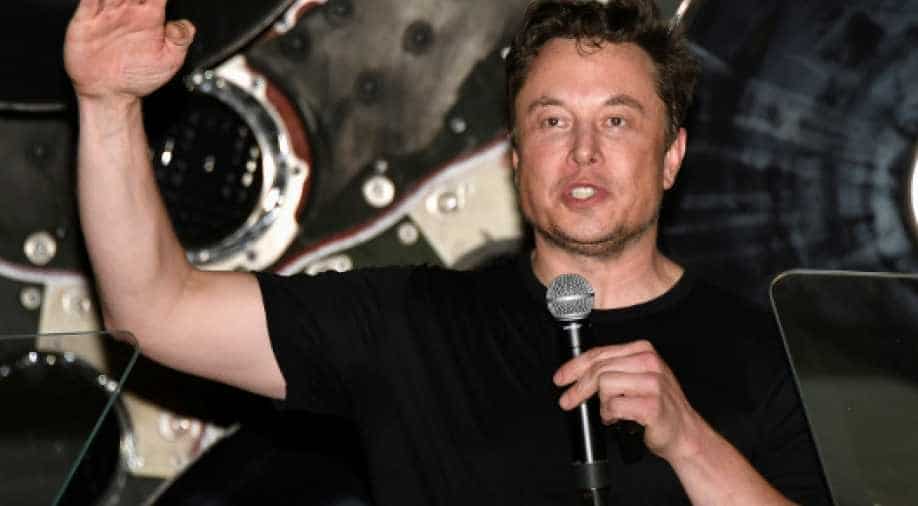 NASA declined to comment on the allegations, but confirmed the review would start next year

The US space agency has ordered a sweeping safety review of operations and workplace culture, including drug-free policies, at Boeing and SpaceX, two companies working to send astronauts to space, US media said Tuesday.

The review was "prompted by the recent behavior of SpaceX's founder, Elon Musk, according to three officials with knowledge of the probe, after he took a hit of marijuana and sipped whiskey on a podcast streamed on the Internet," said the Washington Post, which first reported on the story.

NASA declined to comment on the allegations, but confirmed the review would start next year as the agency focuses "on safe and successful commercial crew missions" to the International Space Station.

"In the coming months, prior to the crew test flights of Crew Dragon and Starliner, NASA will be conducting a cultural assessment study in coordination with our commercial partners to ensure the companies are meeting NASA's requirements for workplace safety, including the adherence to a drug-free environment," said the NASA statement.

"We fully expect our commercial partners to meet all workplace safety requirements in the execution of our missions and the services they provide the American people. As always, NASA will ensure they do so."

Musk, who is also CEO of Tesla Motors, has faced increased scrutiny over his volatile behavior, including smoking marijuana during a podcast interview earlier this year and assailing a man involved in the Thailand cave rescue as a "pedo guy."

In response to the news of the inquiry, SpaceX said in a statement: "human spaceflight is the core mission of our company. There is nothing more important to SpaceX than this endeavor, and we take seriously the responsibility that NASA has entrusted in us to safely and reliably carry American astronauts to and from the International Space Station."

The company added it "actively promotes workplace safety, and we are confident that our comprehensive drug-free workforce and workplace programs exceed all applicable contractual requirements."

Boeing also insisted its culture "ensures the integrity, safety and quality of our products, our people and their work environment," a spokesman said in a statement emailed to AFP.

"As NASA's trusted partner since the beginning of human spaceflight, we share the same values and are committed to continuing our legacy of trust, openness and mission success."

Both SpaceX and Boeing plan to launch their first unmanned flights of spacecraft that will eventually carry people to the ISS early in 2019, followed by the first crewed flights later in the year.

The spaceships aim to restore US capacity to send astronauts to space. The retirement of the US space shuttle program in 2011 has left the United States without it own spacecraft for ferrying astronauts.

Instead, the world's astronauts must now buy tickets aboard Russia's Soyuz spacecraft at a cost of some $80 million per seat.