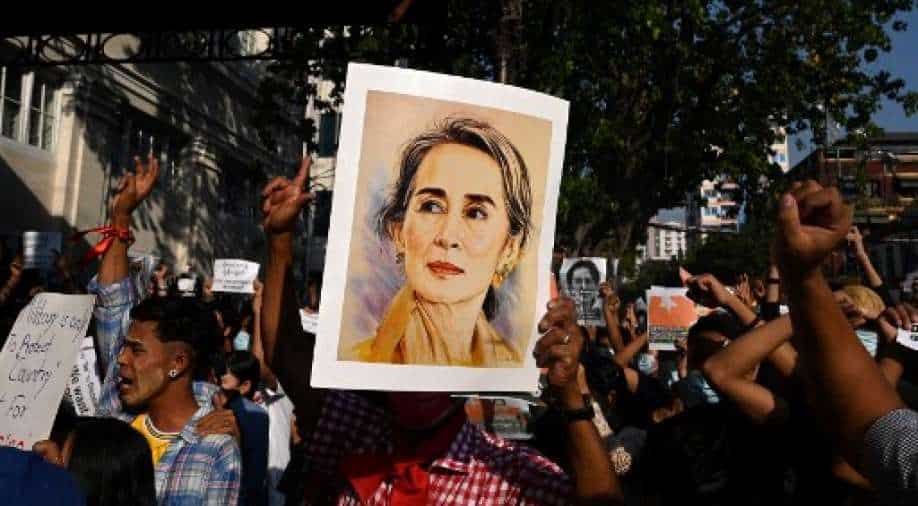 The UN Human Rights Council said it will hold a special session to discuss the Myanmar crisis even as several world leaders expressed their displeasure with the military rule.

The Myanmar military government on Tuesday disallowed US request to speak to Aung San Suu Kyi amid protests in the country over the coup which took place last Monday.

State Department spokesman Ned Price said: "We stand with the people of Burma and support their right to assemble peacefully, including to protest peacefully in support of the democratically elected government."

"We are of course very concerned about the military's recent announcement restricting public gatherings," Price added. The country's military government has imposed a banned five people gatherings and put a nighttime curfew in several areas including Yangon.

"We made an effort to reach out to Aung San Suu Kyi. We did that both informally and formally," Price said, adding, "Those requests were denied."

There have been large scale protests across the country over the military rule imposed last week which started last weekend and continued on Monday as protesters called for a return to democracy.

Meanwhile, the UN Human Rights Council said it will hold a special session to discuss the Myanmar crisis even as several world leaders expressed their displeasure with the military rule.

The Myanmar military hasn't revealed the whereabouts of detained civilian leader Aung San Suu Kyi and has detained several other leaders from her National League for Democracy(NLD) party.

Amid the large scale criticism, Myanmar's army chief General Min Aung Hlaing said that the democratic leaders were removed after  "voter fraud" while stating that power will be handed back after elections.

The military has imposed one year state of emergency in the country and imposed martial law in some parts of Mandalay, Yangon and other towns amid protests in the country.