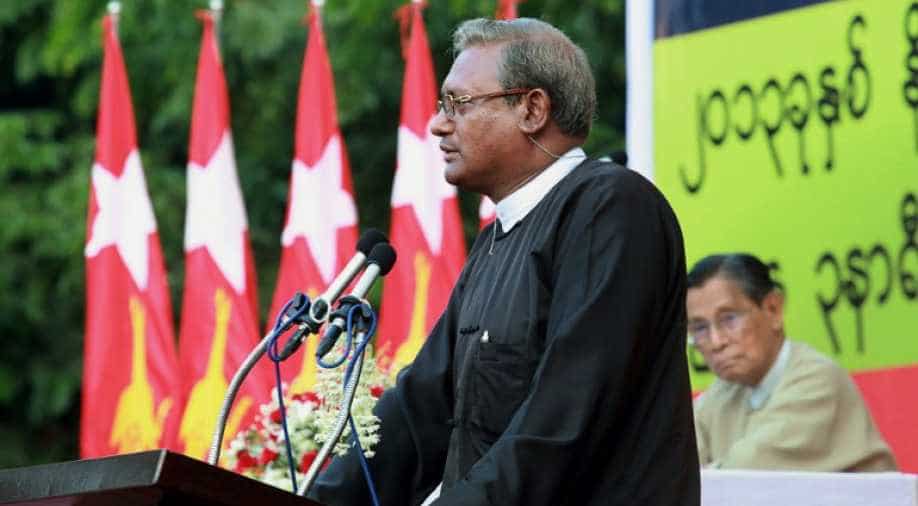 A second suspect has been arrested over the brazen murder of a prominent Muslim lawyer in Myanmar, state media reported on Saturday, as questions build over a killing that stunned the Buddhist-majority country.

Ko Ni, a 63-year-old legal adviser to Aung San Suu Kyi's ruling National League for Democracy, was shot in the head outside Yangon's airport last Sunday while he was holding his grandson and waiting for a taxi.

A cab driver who tried to intervene was also killed, and the gunman -- identified as 53-year-old Kyi Lin -- was arrested at the scene.

Police have not offered a motive for the killing of Ko Ni, who spoke out against the anti-Islamic rhetoric of Buddhist hardliners and criticised the army's lingering grip on power.

But the NLD, whose electoral victory ended decades of military rule, has called the murder a political assassination and "terrorist act" against their policies.

After a series of police leaks and conflicting comments about the investigation, state media confirmed Saturday that a second suspect had been arrested 12 hours after the murder.

Aung Win Zaw, 46, was detained in Kayin State on January 30, the Global New Light of Myanmar reported, describing him as "an alleged conspirator of the crime".

"A combined team from the Tatmadaw (Myanmar army) and Myanmar Police Force is continuing to work to get more information," said a statement from the president's office.

Political murders are rare in Yangon and Ko Ni's killing has rippled fear across Myanmar's minority Muslim community and the young NLD-led government.

The veteran party member was an outspoken critic of a charter drafted by the former junta that enshrines the military's control over key government bodies and a quarter of parliament seats.

He was also a rare voice for religious pluralism in Myanmar, which has battled a rising tide of anti-Muslim sentiment.

Tensions have spiked in recent months as the army stands accused of carrying out a murderous crackdown on the Muslim Rohingya minority in western Rakhine state.

Myanmar refuses to grant the Rohingya citizenship and describes them as Bengalis -- or illegal immigrants from neighbouring Bangladesh -- even though many have lived in Myanmar for generations.

On Friday the UN said it was "very likely" that security officers have committed crimes against humanity in a hunt for Rohingya militants who attacked a police post in Rakhine in October 2016.

The report detailed testimony from 204 Rohingya refugees who have fled the crackdown and described horrific scenes of officers killing villagers, gang-raping women and torching homes.