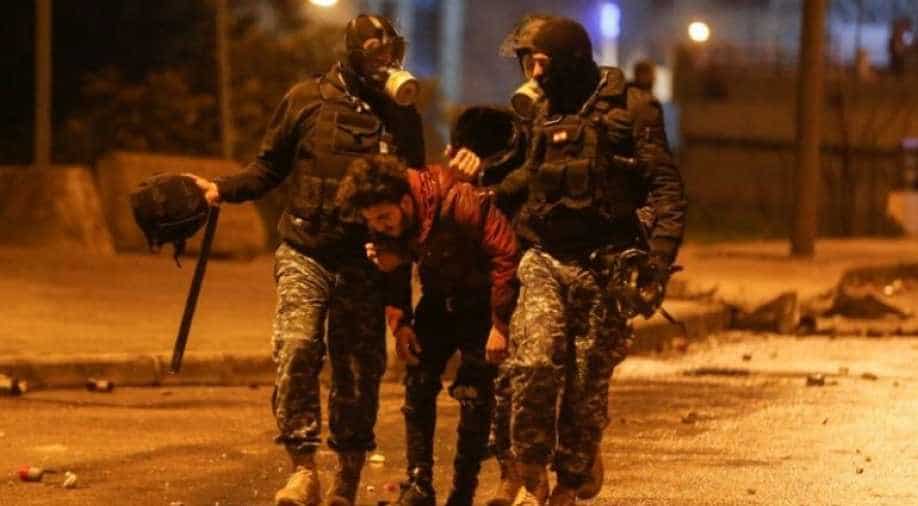 Riot police restrain a protestor during a protest against a ruling elite accused of steering Lebanon towards economic crisis in Beirut. Photograph:( Reuters )

Lebanese rescuers treated more than 300 people for injuries during hours of clashes between security forces and protesters that rocked central Beirut on Saturday night.

Lebanese rescuers treated more than 300 people for injuries during hours of clashes between security forces and protesters that rocked central Beirut on Saturday night. 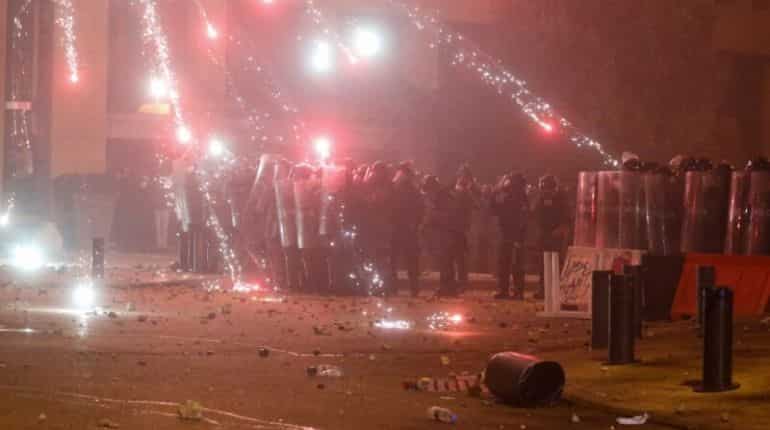 [ Fireworks are set off in front of police officers standing in position behind riot shields during the protest (Courtesy: Reuters) ]

It was the highest toll in some of the most intense violence since largely peaceful protests erupted across the country in October. As Lebanon sinks deeper into its worst economic crisis in decades, anger has boiled over at a ruling elite dominating the country since the 1975-1990 civil war.

The Lebanese Red Cross said it had treated 220 people who were wounded on both sides on Saturday night, taking 80 of them to hospital. The Civil Defence said it had helped 114 others.

FINAL UPDATE: 18 ambulances, 80 EMTs and 6 dispatchers from the LRC responded to the protests in downtown Beirut. Over 80 victims have been transported to nearby hospitals and over 140 injured were treated at the scene. LRC teams are still on standby and ready to respond. pic.twitter.com/p1OG7WFqwl

Smoke enveloped a commercial district of the capital as security forces fired volleys of tear gas and unleashed water cannons. Riot police chased after men and women near Lebanon's parliament late into the night. 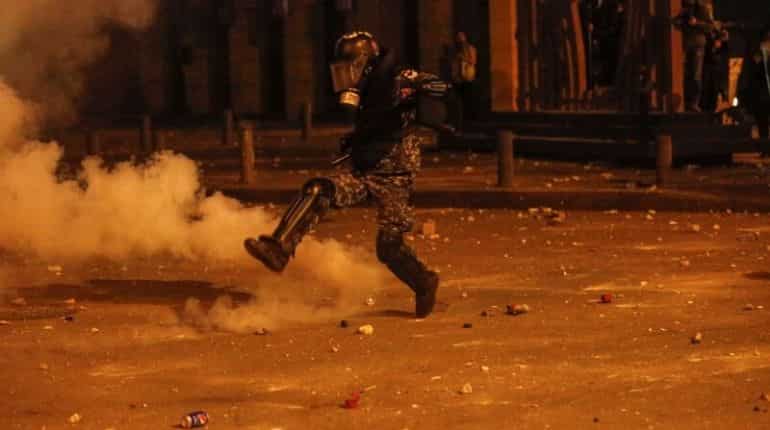 [ A riot police kicks a tear gas canister during a protest against a ruling elite (Courtesy: Reuters) ]

Protesters, with their faces covered, hurled stones, steel barriers and flower pots. They ripped branches off trees and signposts off the ground, charging at riot police.

In three months of protests, which have gripped the country and pushed Prime Minister Saad Hariri to quit, politicians wrangling over cabinet seats have failed to agree on a new government or a rescue plan.

Meanwhile, the crisis is biting: the Lebanese pound has lost nearly half its value, dollar shortages have driven up prices and confidence in the banking system has collapsed.