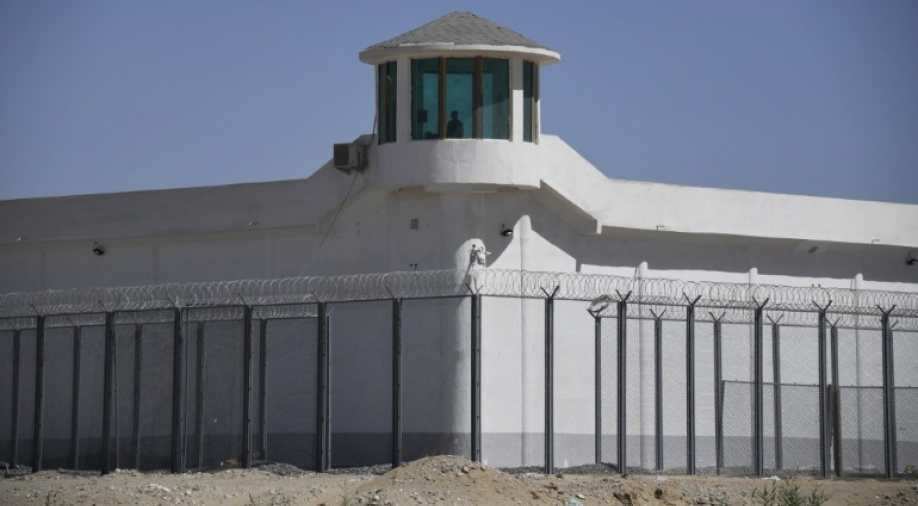 A watchtower on a high-security facility near what is believed to be a re-education camp where mostly Muslim ethnic minorities are detained, on the outskirts of Hotan, in China's northwestern Xinjiang region Photograph:( AFP )

Classified Chinese government documents made public by an international group of journalists describe the repressive inner workings of detention camps in Xinjiang, in a second rare leak in days of secret files concerning the troubled western region.

The publication on Sunday of the documents by the International Consortium of Investigative Journalists (ICIJ) follows a New York Times report on November 16 based on a cache of secret papers revealing details of China's clamp-down on ethnic Uighurs and other Muslims in the region.

United Nations experts and activists say at least 1 million Uighurs and members of other largely Muslim minority groups have been detained in camps in Xinjiang.

The ICIJ says it obtained a 2017 list of guidelines "that effectively serves as a manual for operating the camps", with instructions on how to prevent escapes, maintain secrecy about the camps' existence, indoctrinate internees and "when to let detainees see relatives or even use the toilet".

Other documents it obtained include "intelligence briefings" showing how police have been "guided by a massive data collection and analysis system that uses artificial intelligence to select entire categories of Xinjiang residents for detention".

Foreign ministry spokesman Geng Shuang told a news conference on Monday that Xinjiang affairs were an internal matter of China's, and that a stable and prosperous Xinjiang was the best response to what he said amounted to slander.

The Guardian newspaper, an ICIJ affiliate, reported the Chinese embassy in London as saying "the so-called leaked documents are pure fabrication and fake news".

Reuters was unable to independently verify the authenticity of the documents.

The leaks come amid a rising international outcry over China's broader human rights record in Xinjiang. The United States has led more than 30 countries in condemning what it called a "horrific campaign of repression".

Beijing denies any mistreatment of Uighurs or others in Xinjiang, saying it is providing vocational training to help stamp out Islamist extremism and separatism and to teach new skills.