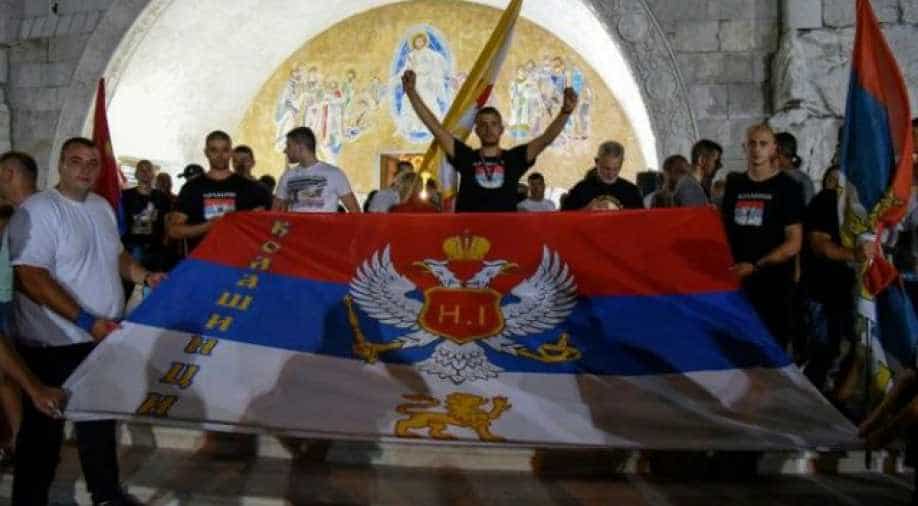 A dynamic reformist to some and a corrupt autocrat to others, 58-year-old President Milo Djukanovic has led the Adriatic nation almost continuously since the end of communism in the 1990s, making him one of Europe's longest-serving leaders.

Montenegro votes Sunday in an election testing the three-decade domination of a pro-West ruling party which has faced a year of protests and high tension with supporters of the influential Orthodox church.

A dynamic reformist to some and a corrupt autocrat to others, 58-year-old President Milo Djukanovic has led the Adriatic nation almost continuously since the end of communism in the 1990s, making him one of Europe's longest-serving leaders.

His Democratic Party of Socialists (DPS) have never lost an election.

But their majority in parliament is razor thin, and this year they face a challenge from an emboldened right-wing and pro-Serb opposition who want closer links with Belgrade and Moscow.

While Djukanovic faces accusations of graft, state capture and organised crime links, the campaign has instead focused on his row with the Serbian Orthodox Church (SPC), bringing sensitive identity debates into the centre of politics.

The conflict erupted in late 2019 when the government passed a law that could turn hundreds of monasteries run by the SPC in Montenegro into state property.

While Montenegro declared independence from Serbia in 2006, a third of its 620,000 population identify as Serb and the SPC remains the largest religious institution in the country.

The law set off huge anti-government protests, led by priests and backed by the opposition -- whose MPs had tried to stop the passage of the law by physically attacking other politicians.

The church's top bishop in Montenegro openly waded into politics last week when he said it was "natural to rejoice in those who are against the (religion) law".

Ahead of the election, protests have taken the form of car rallies in cities around Montenegro, with demonstrators waving Serbian flags.

The president, who projects himself as a custodian of stability, has used such reactions to raise fears about a threat to Montenegro's sovereignty.

The opposition parties are "the political infantry of Greater Serbia nationalism", he said recently, referring to an ultra-nationalist dream to unite all parts of the Balkans with Serb communities.

Analysts say a slate of smaller parties focusing on a pandemic-battered economy and weak rule of law could play a decisive role in this year's election, given the closeness of the race.

"It is a tense situation and the outcome of the elections will depend on the outcome within the civic bloc," Podgorica-based analyst Milos Besic told AFP.

While the country is a front-runner in the region on its path to joining the EU, graft, media freedoms and organised crime remain major concerns in Brussels.

Nikola Jovanovic, a young businessman in the capital, lamented the huge emigration rates of people from his generation.

"It would be good to change, whatever the risk," he told AFP. "I don't really have any preferences for who, but changes are very important for the development of society."

Polling stations will be open from 0500 GMT until 1800 GMT and due to the coronavirus pandemic, voters are obliged to wear masks, maintain their distance from others and disinfect their hands before casting ballots.

Police have warned of possible incidents on election day, saying they detected plans to "take to the streets, cause riots and disturb public order".

The warnings recall the last 2016 parliamentary poll when authorities claimed to have foiled an alleged coup plot -- with Russian help -- aimed at preventing Montenegro from joining NATO.

Among the 20 arrested, mostly ethnic Serbs, were two opposition leaders who were sentenced to five years in prison, which they are currently appealing.