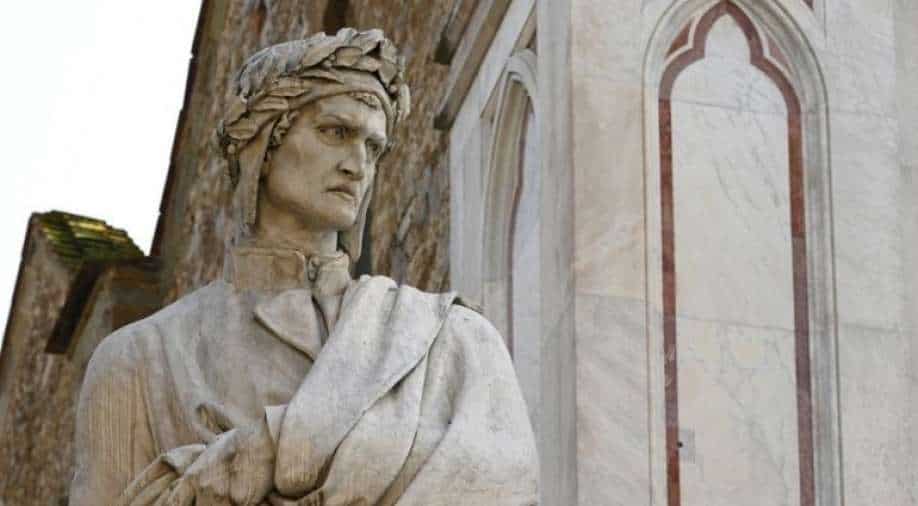 To assess the three verdicts against Dante Italian legal experts have invited fellow lawyers, senior judges and prosecutors plus the descendants of both Dante and the judge who banished him from Florence to reopen the case at a May 21 conference

The man whom Italians call the "Supreme Poet" was exiled from his native Florence in January 1302, after finding himself on the losing side of a feud between the city's "White" and "Black" political factions.

Dante, famous for one of the world's greatest literary works "Divine Comedy," could be the subject of a retrial if new evidence emerges. It was through this work that the poet established the modern-day standardized Italian language, and set a precedent that important later Italian writers such as Petrarch and Boccaccio would follow.

To assess the three verdicts against Dante, Italian legal experts have invited fellow lawyers, senior judges and prosecutors plus the descendants of both Dante and the judge who banished him from Florence to reopen the case at a May 21 conference.

Count Sperello di Serego Alighieri, an astronomer with a direct bloodline to Dante, will take part alongside the scion of Cante de Gabrielli, the judge who exiled the poet.

"I find it interesting to review this affair," said the judge's descendant, Antoine de Gabrielli. But he added that he would not seek to uphold his ancestor's position that Dante was guilty.

"I'm not going to fight," the Frenchman said.

Even if a full-blown retrial is unlikely to materialise, given all the practical and legal issues, Traversi stressed the value of a symbolic gesture of reparation towards Dante, who "legally speaking, for the City of Florence is still a person with a criminal record".

Burnt at the stake

As well as a poet, Dante was a politician who served as one of Florence's nine elected rulers, or priors, for a regular two-month term in 1300.

It was this post that landed him in trouble.

When the "Blacks" faction retook Florence in 1301 with the help of Charles of Valois, brother of King Philip IV of France, and the support of Pope Boniface VIII, Dante and other "White" priors were tried in absentia.

In January 1302, Cante de Gabrielli found them guilty of corruption and political patronage, gave them three days to pay a huge fine and banned them from public office.

Dante and the others were also stripped of their assets.

Two months later, de Gabrielli sentenced them to be burnt at the stake if they tried to return to Florence.

In 1315, after Dante refused the terms of an amnesty, another judge changed the sentence to death by beheading, also for the poet's sons.

Dante survived, roaming from one Italian city to another.

Relatively little is known about his life, but he is believed to have completed the "Divine Comedy", an imaginary journey through hell, purgatory and heaven, shortly before his death in 1321.

Exile is a major theme in the book, which also offered Dante the chance for some personal score-settling: in it, he made sure to find a place in hell for Boniface VIII and his other earthly foes.

Experts have long agreed that Dante was the victim of biased judges.

But Alessandro Barbero, Italy's most famous medieval historian, recently suggested that certain charges against him may have had some substance.

Dante definitely did not take bribes, but it is "not exactly impossible" to imagine he exploited his role in office to favour his political allies, Barbero wrote in a recent biography.

Traversi hopes to set the record straight on this -- and dispel any doubts about Dante's rectitude.

His conference will be one of several events honouring the poet on the 700th anniversary of his death -- most set to be celebrated in a rather subdued fashion due to coronavirus restrictions.

"We hope to do it in person, but we are ready to do it remotely if necessary," the Florentine lawyer said.

Margherita Cassano, a judge from the Court of Cassation, Italy's supreme court, will draft a final report from the conference, and all deliberations will be published in a book, Traversi said.

However, Serego Alighieri -- the descendant who not only carries Dante's name, but also shares with him the distinctive family trait of an aquiline nose -- noted it all came a little late.

"Dante was convicted, he went into exile, he was exiled all his life, he never returned to Florence," he told said.

"Anything that can be done for him (today) will not change any of that."