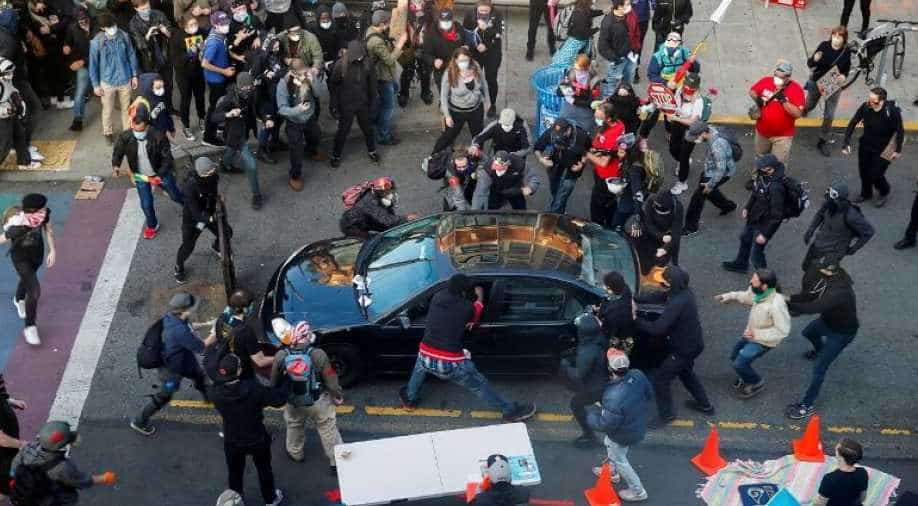 A group of protestors was rammed by a car that drove into the crowd, taking one woman's life and injuring another.

The crowd was protesting against a shooting that had taken place a few weeks ago and involved an officer. While the crowd was gathered for demonstrations, a person drove into the group in the early hours of Monday.

A demonstration was being held to protest the killing of Winston Smith, a 32-year-old Back man, by was murdered by police officers while executing a warrant.

Authorities said a suspect is in custody after the deadly crash, after being caught on the surveillance camera. Investigators also revealed that the preliminary findings have found probable involvement of drugs or alcohol.

The driver of the car was pulled out from the vehicle immediately after the crash and was being beaten up by the crowd. He was saved by the police who then took the driver into custody.

One woman has been killed in a deadly car crash and the other person is being treated for non-life-threatening injuries.