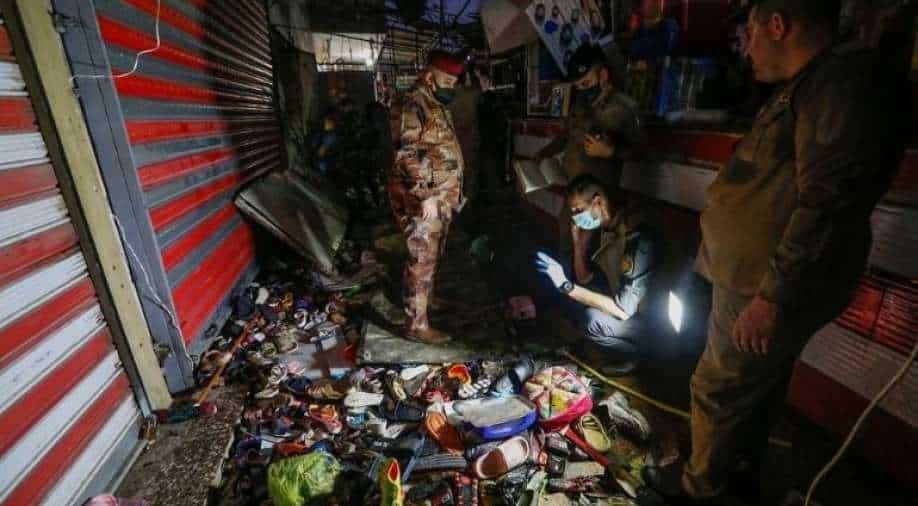 The blast had killed 30 people as per the official figure

Iraq's interior ministry said on Sunday that Islamic militants suspected to be behindn last week's suicide bombing had planned more attacks during Eid festival. The ministry has released photos of five suspects who have been arrested. These include three brothers. As per the official toll, 30 people were killed in the blast responsibility for which was taken by Islamic State

Iraqi security forces have dismantled "two terrorist networks in the provinces of Anbar and Kirkuk responsible for the July 19 attack in Sadr City", a poor Shiite district of Baghdad.

"They were planning other attacks in other parts of Baghdad and other provinces during Eid," a ministry statement said.

Iraqi television broadcast overnight the "confessions" of the five, who were dressed in yellow prison suits, a common practice in major criminal cases in Iraq.

The attack sparked revulsion and renewed fears about the reach of IS, which lost its last territory in Iraq after a gruelling campaign that ended in late 2017, but retains sleeper cells in remote desert and mountain areas.

The bombing hit the Al-Woheilat market in Sadr City, where many families were crowded on the eve of the Eid al-Adha, the most important Muslim holiday.

The announcement of the dismantling of the cell came on the eve of Kadhemi's departure for Washington, where he was to meet US President Joe Biden on Monday.