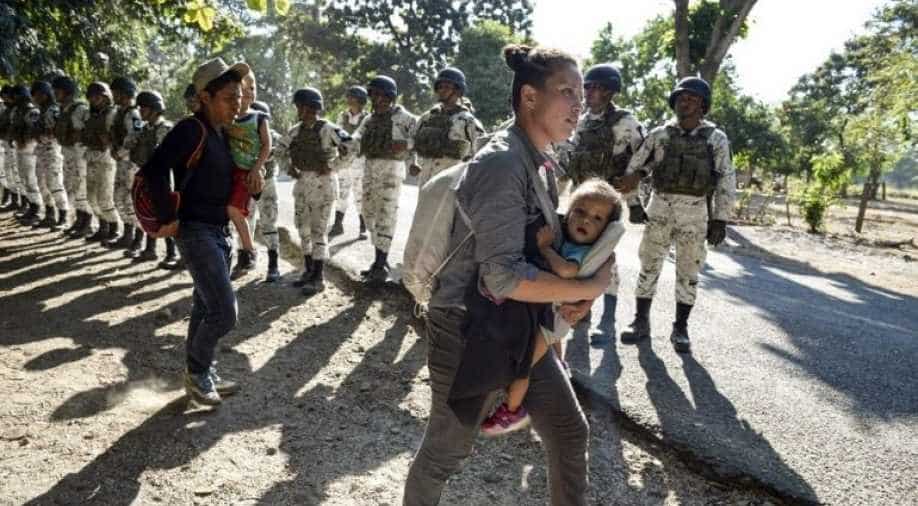 Thousands of Central Americans have crossed Mexico toward the United States in caravans in recent years, fleeing chronic poverty and brutal gang violence in El Salvador, Guatemala, and Honduras

Mexican troops used tear gas to detain 800 migrants who surged into Mexico Thursday after wading across a river on the country's southern border with Guatemala.

National Guard forces in the southern state of Chiapas prevented them from continuing their journey by forming a human fence along a road, as panic erupted among some of the migrants.

The Central Americans, who were trekking on foot towards the city of Ciudad Hidalgo, were intercepted by troops who used tear gas and scuffled with the migrants to halt their progress, an AFP journalist at the scene reported. 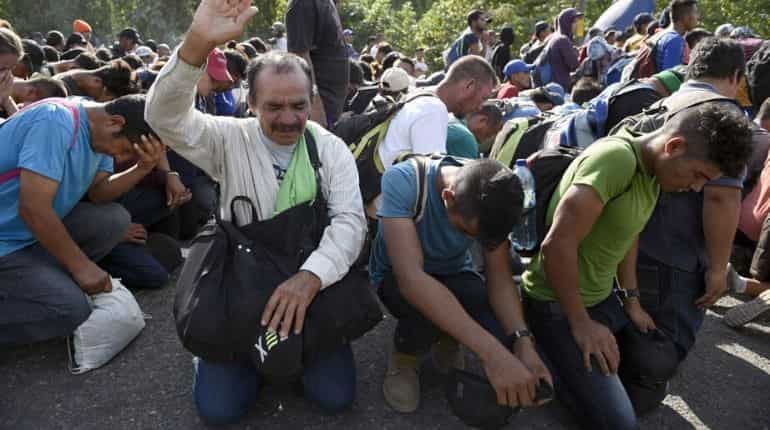 The Interior Ministry later said 800 migrants of Central American origin were "rescued" after crossing the border at the Suchiate River.

Following their detention, the migrants were taken to buses run by the National Migration Institute, the agency that will determine their official immigration status and manage deportations.

Officials said that they were still looking for another 200 migrants who managed to avoid detention.

Thousands of Central Americans have crossed Mexico toward the United States in caravans in recent years, fleeing chronic poverty and brutal gang violence in El Salvador, Guatemala, and Honduras.

The so-called "2020 Caravan" left Honduras on January 14, gathering an estimated 3,500 people as it made its way across Guatemala. The bulk of the caravan crossed into Mexico at the weekend.

Mexican National Guard troops also fired tear gas on Monday to force back migrants attempting to enter the country, leading to scenes of chaos as huge crowds of people flailed across the Suchiate River. 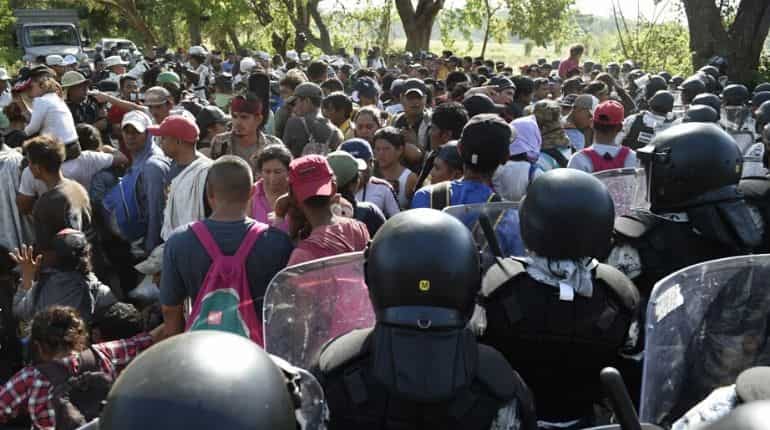 About 500 were able to enter the country illegally, though more than 400 of them were later arrested at a roadblock.

"We want to speak with President Lopez Obrador directly," read one long cloth banner held up as the migrants walked Thursday.

Others waved flags from their countries, as well as a giant US banner.

"We are coming peacefully," some of the migrants shouted.

Mexico's migration authority said the country was ready to welcome foreigners as long as they entered the country in a manner that was "lawful, safe and orderly."

Officials have begun implementing a government plan to offer jobs and shelter to migrants to encourage them to stay in southern Mexico.

However, most want to be allowed to move freely through Mexico to the US border, citing their intention to seek asylum in the United States to escape poverty and gang violence in El Salvador, Guatemala, and Honduras.

Mexican President Andres Manuel Lopez Obrador, an anti-establishment leftist who came to office vowing to protect migrants' rights, said 4,000 jobs were available to migrants from the new caravan if they remain in southern Mexico.

Mexico faces pressure to keep migrants from crossing its northern border from US President Donald Trump, who last year threatened to impose steep tariffs if the country did not do more to stop a surge of undocumented Central Americans.

Lopez Obrador deployed some 26,000 troops to the country's borders in response.