Mexico: 10 bodies left in car outside a state governor's office 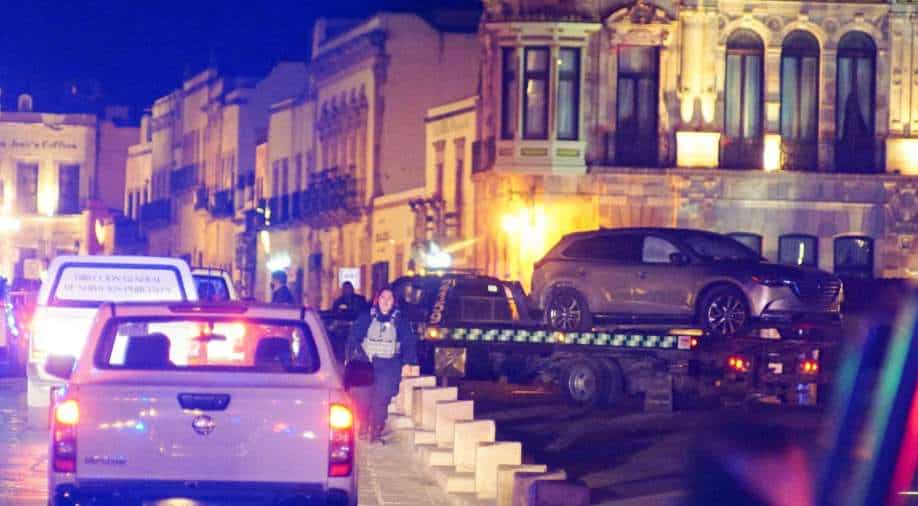 The public security agency, in a statement, said that government officials found the car after a suspicious vehicle was seen driving in the area

In a strange incident, an SUV filled with ten bodies was left outside the office of a Mexican state governor, located in a public square, which was lit up with Christmas decor all around. The bodies were loaded in a Mazda SUV which was parked in the main plaza of the state capital of Zacatecas.

David Monreal, governor of the central state of Zacatecas said, "A grey Mazda van and that was left with the bodies in front of the Government Palace."

In a video, he said that the car contained bodies of people with signs of beating and bruising.

The public security agency, in a statement, said that government officials found the car after a suspicious vehicle was seen driving in the area. The federal security ministry revealed that there were 10 bodies inside.

Zacatecas is considered to be a transit point of drugs as it was once dominated by the Zetas cartel. The region now sees the presence of several cartels.

A report by The Guardian suggests that there were 31,615 killings in the first 11 months of 2021. However, Monreal has claimed that security has been one of the major challenges in Zacatecas and he would work on bringing down the violence.