Metoo, Brexit are now in the dictionary, 'single-use' is word of the year 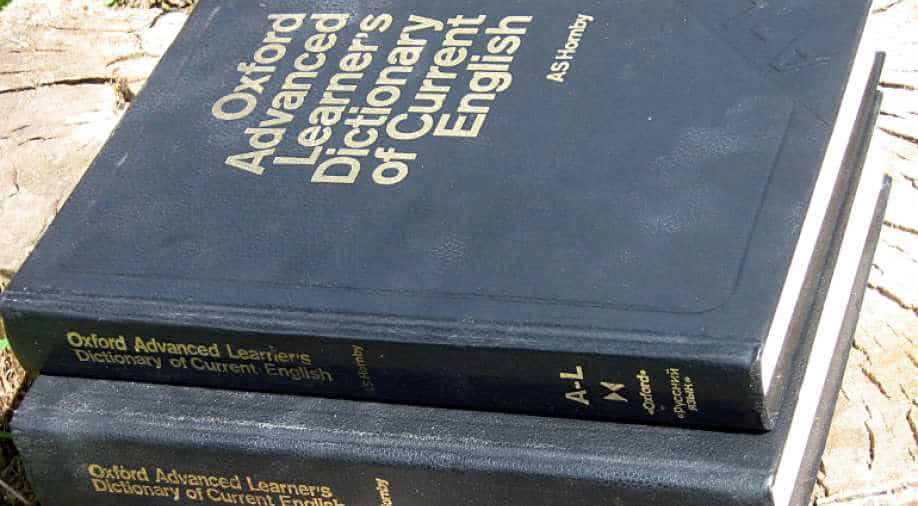 'Single-use' describes items 'whose unchecked proliferation are blamed for damaging the environment and affecting the food chain', the Collins Dictionary said.

"Single-use" was named the Collins Dictionary word of the year on Wednesday, following a four-fold increase in usage since 2013 in a reflection of increased concerns about sustainability.

It edged out "MeToo" and "whitewash" to top the list of 10 new and notable words that "reflect an ever-evolving culture and the preoccupations of those who use it", Collins said.

The wider 10 words of the year include ones inspired by Brexit, environmental concerns and the 2018 football World Cup.

"Single-use" describes items "whose unchecked proliferation are blamed for damaging the environment and affecting the food chain", said Collins.

It said public awareness of plastic adrift in the oceans had led to a global campaign to reduce the use of once-only items.

Another environment-related word on the list was plogging: a Scandinavian fitness craze that combines jogging with picking up litter.

"Vegan", a person who refrains from using any animal products, has become an increasingly mainstream lifestyle choice in recent years and so gets on the list.

"This has been a year where awareness and often anger over a variety of issues has led to the rise of new words and the revitalisation and adaptation of old ones," said Helen Newstead, Collins' head of language content.

"It's clear from this year's words of the year list that changes to our language are dictated as much by public concern as they are by sport, politics, and playground fads."

"MeToo", the movement seeking to expose and eradicate sexual harassment, makes the top 10.

Brexit, the 2016 word of the year, has inspired two new words on this year's list: "backstop" and "gammon".

"Backstop" is defined as a system that may be used if no other arrangement is made.

The derogatory use of the word "gammon" -- a type of cured pork -- has gained popularity as a term of abuse directed at the most reactionary pro-Brexit supporters, who are typically white, male and middle-aged.

There's a new term for manipulating others, often romantic partners, by continually feeding them false information until they doubt their sanity: "gaslight".

From the World Cup, "VAR", an abbreviation of video assistant referee, makes the list.

The final word on the list is the "floss" dance craze.

"The words in this year's list perhaps highlight a world at extremes -- at one end, serious social and political concerns, and at the other, more light-hearted activities," said Newstead.

The list will join the online version of the dictionary and be considered for inclusion in future print editions.