Merkel says 'very well, no need to worry' after yet another trembling spell 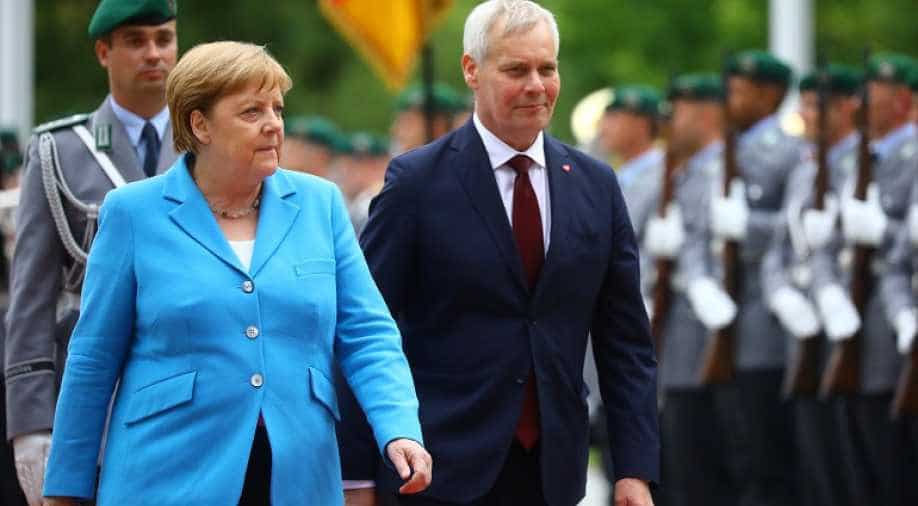 Merkel's office has given no explanation for her shaking episodes, prompting German media speculation about the cause. The chancellor, 64, has no history of serious health issues.

Angela Merkel had suffered yet another trembling spell as she met Finland's visiting prime minister on Wednesday. This is German Chancellor's third spell within the last month. However, a government spokesman said she was fine.

Merkel shook back and forth as she stood outside and looked uncomfortable as she watched a military ceremony marking Antti Rinne's arrival, reports news agency Reuters.

Merkel's office has given no explanation for her shaking episodes, prompting German media speculation about the cause. The chancellor, 64, has no history of serious health issues.

"The chancellor is fine and the talks with the Finnish prime minister are going on as planned,"  the report said quoting a government spokesman.

After the first shaking episode, when she met visiting Ukrainian President Volodymyr Zelenskiy on June 18, Merkel said she felt better after drinking some water.

She was also seen shaking on June 27 when she met German President Frank-Walter Steinmeier but her spokesman said she was fine and she later went ahead with her planned trip to Japan for a G20 summit. A government official told Reuters that was more a psychological issue as she tried desperately to avoid a repeat.

In power for 14 years, Merkel is renowned for her work ethic and has a reputation for outlasting other leaders at EU summits with her ability to focus on the details of complex discussions deep into the night.