Men and women dance together in unusual, giant rave party in Saudi Arabia 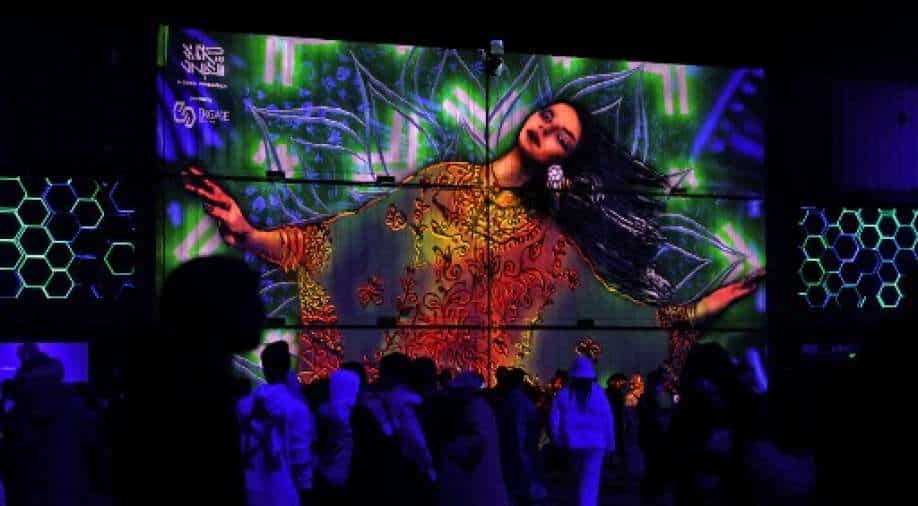 Some very problematic issues still persist in Saudi society. The country continues to arrest dissidents and it continues to extend prison terms of activists.

Saudi Arabia did the unexpected over the weekend as it threw a giant rave party. The four-day electronic music festival complete with psychedelic lights and international DJs was held in the deserts of Riyadh with the blessings and money of the Saudi royal family.

The House of Saud fully endorsed and sponsored the carnival. It was attended by artists from all over the world - Tiesto, Martin Garrix, David Guetta and others as the world's leading DJs performed at the rave.

"It was the first time that there was going to be women and men being able to dance together and you know that was also a very historical moment and I was happy to be part of this," DJ David Guetta said.

There was no gender segregation nor any full-length robes and face veils as the country witnessed a  "huge evolution".

Watch | Gravitas -  Saudi Arabia does the unthinkable, throws a 'rave party' in Riyadh

There were also no religious restrictions. It was unthinkable earlier in Saudi Arabia just a few years back. The rave party comes close on the heels of the Red Sea international film festival which was the first of its kind to be held in Saudi Arabia.

The festival was a star-studded affair. It saw women strutting the red carpet in sleeveless gowns. A woman filmmaker won the best director award and an openly queer man won the best actor award.

The sands are clearly shifting in Saudi Arabia. The socially conservative kingdom is trying to shake off its regressive image while limiting the role of religion in public life and is pitching itself as a modern, liberal and tourism-friendly kingdom.

It is a welcome change although the critics of Saudi Arabia call it a facade. They insist that Saudi society isn't witnessing any fundamental, meaningful change.

Prince Salman has de-fanged the country's religious police that not too long ago dictated every facet of daily life.

However, they are half measures and have come very late. Some very problematic issues still persist in Saudi society.
The country continues to arrest dissidents and it continues to extend prison terms of activists. It has also detained the rich over allegations of corruption.

There is also constant tinkering of power structures, arbitrary reshuffling of personnel and lawmakers whom the Crown Prince sees as potential challengers.

Political reform remains taboo in Saudi Arabia even as women are now allowed to drive. However, activists continue to languish in Saudi prisons.

The country has promised to remove the death penalty but it remains a world leader in capital punishment. The regime has tried to improve societal freedom but it's yet to punish those who made dissidents disappear.