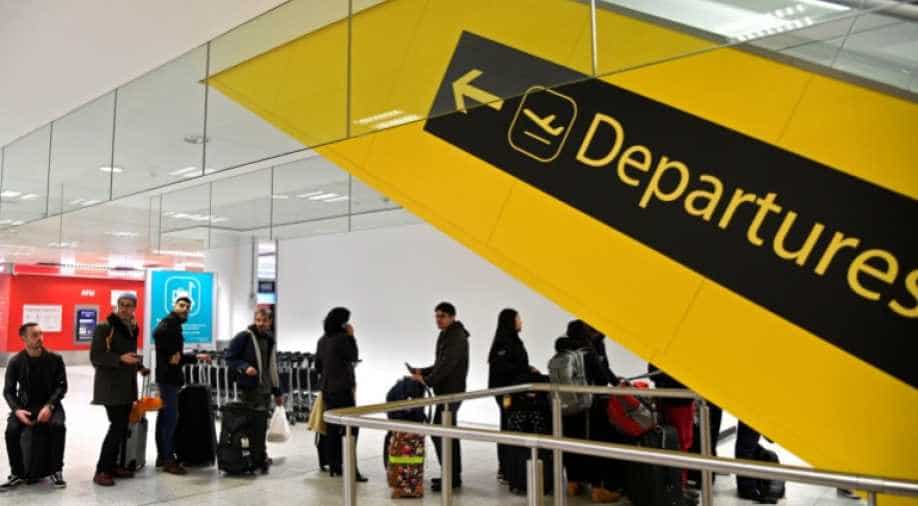 Gatwick made headlines last week when it closed its runway repeatedly due to reports of mystery drone sightings nearby, impacting nearly 140,000 passengers.

The French purchase of Gatwick, which is Europe's eight-biggest airport and runs the busiest single runway in the world, comes ahead of Britain's departure from the European Union on March 29.

The absence of a Brexit deal with the EU could cause major air travel problems as both sides would no longer recognise each other's aviation safety standards.

London and other EU capitals are, however, working on special permissions to allow European carriers to keep flying even if no overall air travel deal is struck by that date.

Vinci is best-known for being one of the world's biggest construction companies, employing close to 200,000 people across the globe, and for operating motorways in France.

But the company has also been buying up airports -- most recently in Brazil, Japan and Serbia -- making it "a top 5 global player in the international airport sector", according to a statement by Gatwick. One of its best-known airports is the hub of Portugal's capital Lisbon.

With the latest acquisition, Vinci Airports will control 46 airports in 12 countries with total traffic of 228 million passengers a year.

Gatwick, which in Britain is second only to Heathrow, will become the biggest airport in Vinci's portfolio, making the purchase "a major strategic move", the French company said.

"The transaction represents a rare opportunity to acquire an airport of such size and quality and fits extremely well with Vinci Concessions' long-term investment horizon," it said.

Gatwick's CEO Stewart Wingate said there would be no management or operational changes to the "immediate" running of the airport.

He said the deal would mean "continuity but also further investment for passengers".

Global Infrastructure Partners, the current owners of Gatwick, will hold on to 49.99 per cent in the airport.

Some 24,000 people work for Gatwick which is used by around 50 airlines and offers more domestic destinations than any other British airport.

The British government in 2016 rejected a plan to build a second runway at Gatwick airport, which is situated south of London, opting instead for a third runway at Heathrow.

On Thursday, Gatwick said it had taken steps to protect the airport from disruptions like the one caused by drone sightings last week which created travel chaos for more than 120,000 people in the run-up to Christmas.

"Gatwick itself has taken a number of important steps in recent days which will make a significant difference to the airport’s resilience," he said.

Stock market investors seemed to welcome the operation, with Vinci's share price rising 0.3 per cent to 70.72 euros in mid-afternoon Paris trading, outperforming the overall CAC-40 bourse index which was down 0.3 per cent at that time.