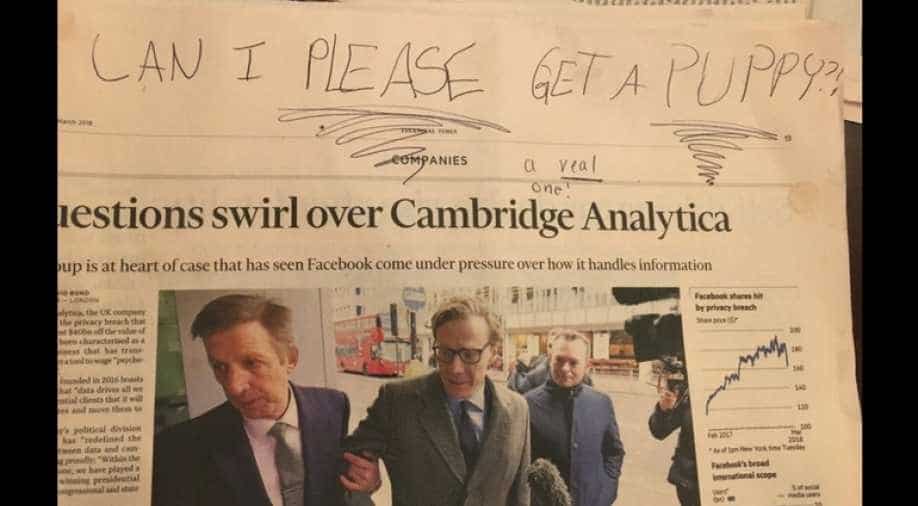 A little girl desperate to get a puppy took full advantage of the whole Cambridge Analytica scandal.

Daughter of Brendan Greeley an economics journalist, tweeted a picture on Wednesday in which his eight-year-old daughter had asked for puppy in writing.

As the journalist is following the scandal through the newspaper, she wrote "CAN I PLEASE GET A PUPPY?" is bold writing above the news headline.

In no time the tweet got 30,000 retweets and 1.5 lakh "likes" as people also started requesting Greely to get his daughter a puppy.

Finally on Wednesday Greeley informed Twitter that they are getting a puppy and also requested people who had asked Greeley to get a puppy to donate to the society for the prevention of cruelty to animals.