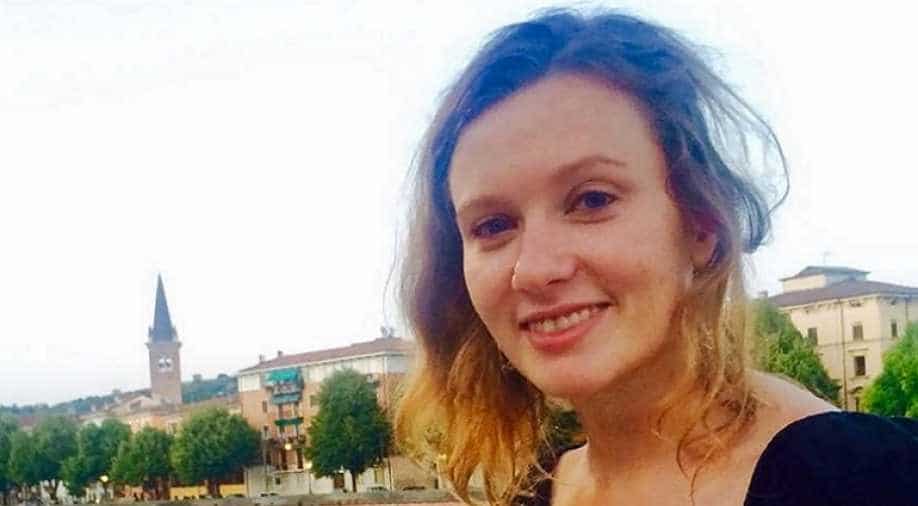 The Lebanese man had confessed to killing the young woman, who worked at the UK embassy in Beirut. Photograph:( AFP )

Lebanese police on Monday arrested a taxi driver suspected of killing British embassy worker Rebecca Dykes after attempting to rape her, according to officials and the national news agency. The Lebanese news agency said the Lebanese man had confessed to killing the young woman, who worked at the UK embassy in Beirut.

Dykes was last seen alive at a party in Gemmayzeh, a Beirut neighbourhood popular with foreign residents, on Friday night and left in a taxi. "He picked her up in Gemmayzeh on Friday night, took her to Achrafieh then to the Metn highway and tried to rape her", the news agency said, referring to an expressway north of Beirut.

Her body was found dumped on the roadside there on Saturday evening. A senior security official had told AFP that strangulation was a possible cause of death and added that Dykes was found with a string tied around her neck.

The Lebanese news agency said the suspect was employed by a taxi company and was tracked down thanks to security cameras. The driver confessed to killing Dykes, it said. Such crime is rare in the Lebanese capital, a city which is considered generally safe, including for tourists and foreign residents.

A senior official had stressed that the murder was "not politically motivated". A picture of the young woman, who worked at the British government's Department for International Development (DFID), was on the front pages of many UK papers Monday.

The British ambassador in Beirut, Hugo Shorter, expressed his grief in a statement and messages of support for her family and colleagues poured in from Beirut's shell-shocked diplomatic and aid community. "We are devastated by the loss of our beloved Rebecca. We are doing all we can to understand what happened", the family said in a statement passed on by the Foreign Office.