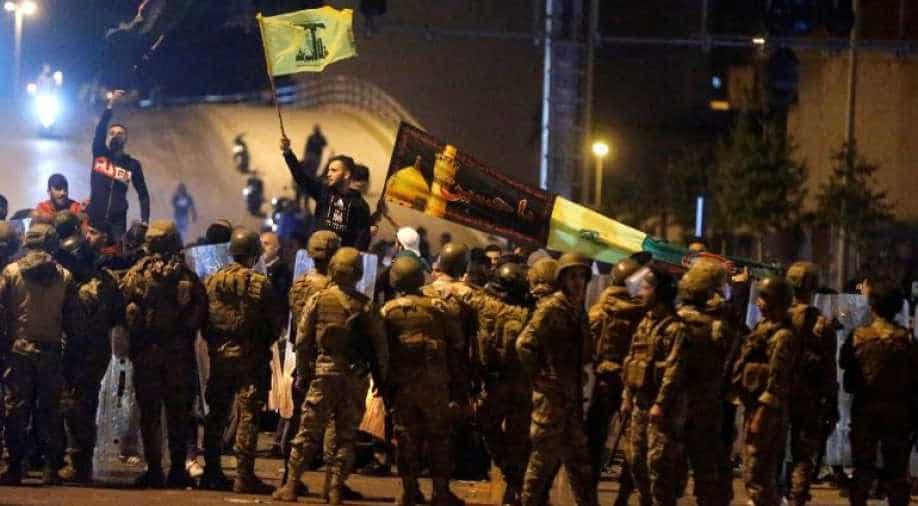 Filling station owners announced the walkout from Thursday over mounting losses due to a dollar liquidity crunch.

Angry Lebanese blocked main roads Friday as petrol stations across the country went on strike for the second day in a row, an AFP photographer and local media said.

Filling station owners announced the walkout from Thursday over mounting losses due to a dollar liquidity crunch.

More than a month into unprecedented anti-government protests, Lebanon is facing a dual political and economic crisis.

In Beirut and several other major cities on Friday, drivers briefly stopped their cars in the afternoon, blocking some main roads, the national news agency and the AFP photographer said.

In the capital, most stations had closed their pumps and blocked off their entrances with a barrier or yellow tape, but a handful had remained open, the photographer said.

Clutching empty one-gallon (four-litre) bottles, dozens clustered around pumps in the few still operating to fill up on fuel.

"My motorbike ran out of petrol, and I've been waiting outside the petrol station for three hours in vain," Yahya al-Shami said as he queued up for his fill in the capital's Cola neighbourhood.

"People are very worried because they all need petrol to work," he told AFP.

"The station is opening for half an hour, then closing again because all the drivers are fighting amongst each other as they wait."

On local television, a woman complained she had to abandon her car in the middle of the road as she looked for petrol.

"I've been to ten different stations looking for gas and I haven't found any," she said.

The Lebanese pound is pegged at around 1,500 pounds to the dollar, and both are used interchangeably in everyday transactions.

But banks in Lebanon have been rationing dollar withdrawals, forcing those in need to resort to money-changers and pushing the unofficial exchange rate above 2,000 pounds to the greenback.

The central bank last month said it would help fuel importers with access to the dollar at the lower official exchange rate.

But petrol stations say they are making losses because they are forced to buy dollars at a higher rate to pay importers demanding the foreign currency.

The government stepped down on October 29, less than two weeks after the first demonstration, but the country's deeply divided political parties have failed to form a new one.

The protesters have demanded a new technocratic cabinet made up of independent experts, rather than representatives of the country's traditional political parties divided along sectarian lines.