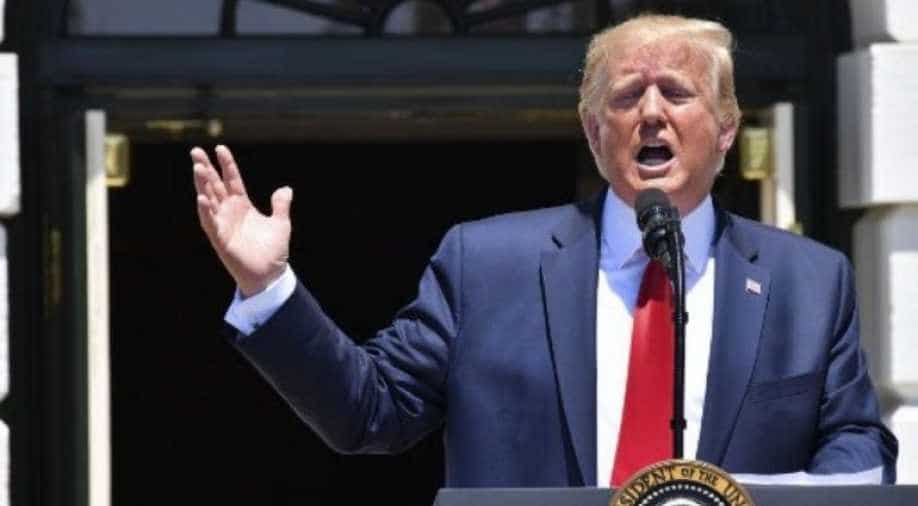 67 senators needed to remove a president from office, and 53-47 Republican majority in the Senate means Trump is virtually certain to be acquitted.

President Donald Trump's hopes for a speedy acquittal by the Senate received a boost on Thursday as Democrats suffered a setback in their efforts to introduce new witnesses at his impeachment trial. Democrats had sought to have Trump's former national security advisor John Bolton testify but a key Republican senator said he would vote "no" when the question of calling further witnesses is put to the Senate on Friday.

If the witness motion is rejected, Republican Senate Majority Leader Mitch McConnell, a key Trump ally, could conceivably call for a vote to acquit the president of the impeachment charges as soon as Friday. A two-thirds majority - or 67 senators - is needed to remove a president from office, and the 53-47 Republican majority in the Senate means Trump is virtually certain to be acquitted.

Democrats were particularly eager to hear from Bolton following reports that he claims in an upcoming book to have been personally told by Trump that military aid to Ukraine was tied to Kyiv investigating his Democratic rival Joe Biden. The charge is at the heart of the December 18 impeachment of the 45th US president for abuse of power and obstruction of Congress by the Democratic-majority House of Representatives.

Four Republican votes are needed to allow new witnesses but Republican Senator Lamar Alexander of Tennessee, who had been considered a possible swing vote, issued a statement late Thursday saying there was no need for more evidence. "It was inappropriate for the president to ask a foreign leader to investigate his political opponent and to withhold United States aid to encourage that investigation," Alexander said.

"But the Constitution does not give the Senate the power to remove the president from office and ban him from this year's ballot simply for actions that are inappropriate," he said. Republican Senator Susan Collins of Maine said she would support the call for witnesses, and Utah Senator Mitt Romney has said he was "very likely" to do so. Another wavering Republican - Lisa Murkowski of Alaska - has said she will announce her decision Friday morning.

In the event of a 50-50 tie, US Supreme Court Chief Justice John Roberts, who is presiding over the trial, could be called upon to end the deadlock. If he declines to vote, the motion calling for witnesses would fail.

Chief Democratic prosecutor Adam Schiff, in a last-ditch bid on Thursday to win over Republican senators wary of a drawn-out process, proposed a one-week time frame to secure new witness testimony. "Let's have a reasonable accommodation here," the California lawmaker told the 100 senators sitting as jurors at the historic trial. "We'll take one week, and you'll continue with the business of the Senate." Trump's defence team rejected the Democratic calls for more witnesses.

"They said for weeks it was an overwhelming case," said White House deputy counsel Patrick Philbin. "If that's their position, why do they need more witnesses?" White House counsel Pat Cipollone argued for an early acquittal, saying it "would be the best thing for our country. We're dealing with a purely partisan impeachment," Cipollone said, accusing Democrats of using impeachment "as a political weapon." Voters - not the Senate - should decide Trump's fate in the November presidential election, he said.

Cipollone and Schiff made their remarks during an occasionally testy Senate session during which Democratic and Republican senators directed questions to the House prosecutors and White House defence team. House impeachment managers expressed outrage over an assertion by one of Trump's lawyers, Harvard professor emeritus Alan Dershowitz, that a president can do almost anything he wants if he believes his re-election was "in the public interest."

Schiff said the claim echoed the Watergate case of disgraced president Richard Nixon 45 years ago. "What we have seen in the last couple of days is a descent into constitutional madness," Schiff said. "Almost half a century ago, we had a president who said, 'Well, when the president does it that means it is not illegal.'"

"Have we learned nothing in the last half-century?" Schiff asked. "That is the normalization of lawlessness," he said. "I would hope that every American would recognize that it's wrong to seek foreign help in an American election."

Trump's defence team has argued alternatively that the impeachment is politically driven, that Trump did not tie Ukraine aid to the investigations he sought, that he had reason to seek a probe into his political rival and that he had the legal right to do so as president. The president has repeatedly denied wrongdoing, calling the entire process a politically driven "witch hunt" and a "disgrace."

Speaking at a campaign rally on Thursday in Des Moines, Iowa, Trump said, "We're having the best years in the history of our country and I just got impeached." Democrats are to hold their first vote in Iowa on Monday in the process of selecting a candidate to face Trump in November's presidential election.