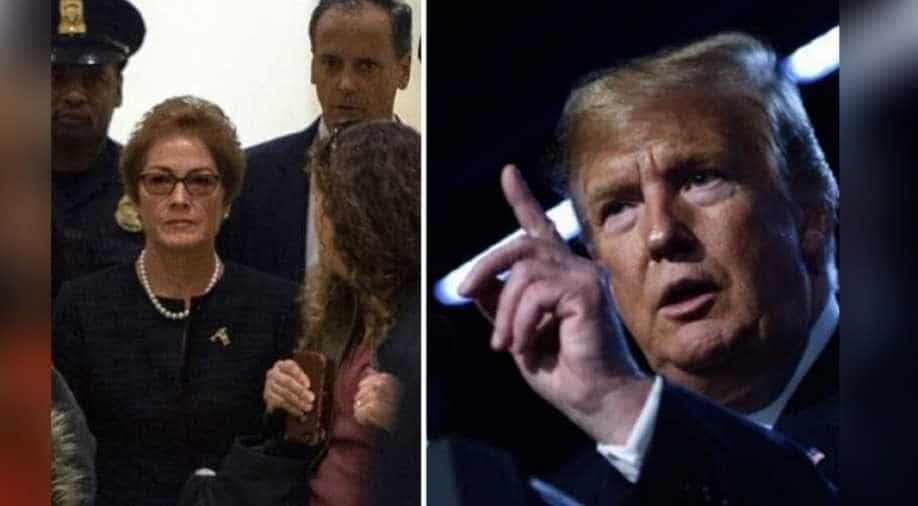 Donald Trump demanded the dismissal of Marie Yovanovitch, the ambassador to Ukraine and a key figure in the president's impeachment trial, according to a video recording released to US media on Saturday. The footage was reportedly taken during an April 2018 donor dinner at a hotel and released to news outlets by an attorney for Lev Parnas, an indicted associate of Trump's attorney Rudy Giuliani.

Parnas and his business partner Igor Fruman are key players in Trump's alleged campaign to pressure the government of Ukraine to dig up dirt on Joe Biden, a potential election opponent for the president.

The issue is central to Trump's ongoing impeachment trial in the US Senate. His order to fire the ambassador came after Parnas told him that Yovanovich was an impediment, and claiming that she had privately disparaged the President. 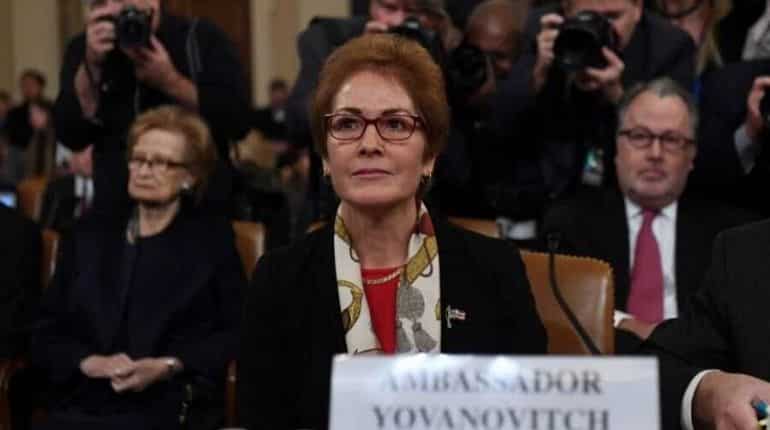 Images taken at an awkward angle appear at the start of the one hour, 23-minute-long video. The rest of the recording shows a tan background as if the camera were covered, but Trump's distinctive voice is clear.

In a TV interview with MSNBC News last week, Parnas said Trump "knew exactly what was going on" with his and Fruman's efforts to pressure Ukrainian authorities to investigate Biden.

His appearance came after Democrats released documents that showed Giuliani worked with Parnas to pressure Kyiv to investigate Biden. Both Parnas and Fruman were charged with violating US campaign finance laws in October.

The documents also showed the pair, working with Ukrainian officials, trying to force out Yovanovitch, a respected career diplomat who Trump eventually removed in May 2019. Saturday's recording corroborates much of what Parnas said in his TV interview, including that he knew Trump - something the president has denied.

In October Yovanovitch testified to Congress that she was recalled due to "unfounded and false claims by people with clearly questionable motives."

Joseph Bondy, an attorney for Parnas, said that he submitted the evidence to investigators in the Democratic-controlled House of Representatives. He also told CNN that Parnas has more recordings and photographs that may be released to the public.

They have argued that the president did nothing wrong in his dealings with Ukraine and that US voters - not Congress - should decide his fate. Trump's lawyers will resume his defence on Monday.