Fire has spread to more than 55,000 hectares, close to a quarter of the territory's entire landmass.

Australia's capital, Canberra, was on high alert on Sunday as bushfires burned nearby, while smoke and dust engulfed large parts of the country's east, prompting warnings from health authorities. Fire in the Australian Capital Territory (ACT), home to the capital city, has spread to more than 55,000 hectares (136,000 acres), close to a quarter of the territory's entire landmass.

Local fire authorities said cooler conditions would support containment efforts on Sunday but that residents should closely monitor any change in fire activity.

"There are still days, and possibly weeks, of firefighting ahead of us," ACT Chief Minister Andrew Barr told the media. There were fears that the blaze, fuelled by temperatures exceeding 40 degrees Celsius (104 degrees Fahrenheit), could reach Canberra's southern suburbs, threatening homes and lives as they did in 2003 when fires destroyed almost 500 houses and led to four deaths. 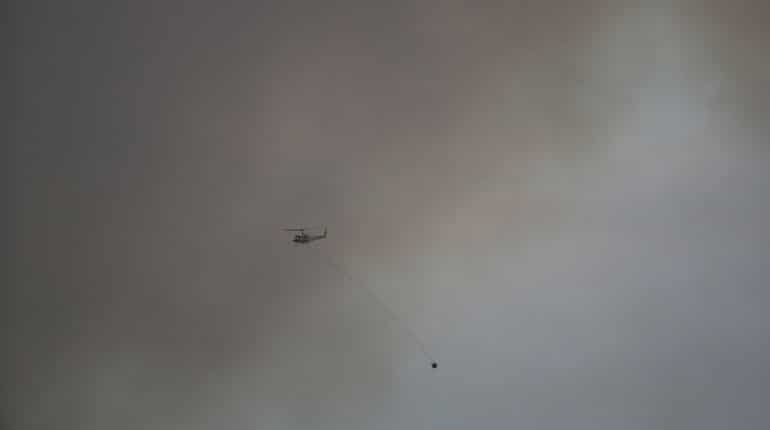 [ A helicopter carrying out aerial firefighting operations flies through the smoke of a bushfire (Courtesy: Reuters) ]

But containment lines supported by airdrops of fire retardant helped keep the blaze back, even in the face of wild winds and elevated temperatures which only fell to 26.7 degrees Celsius in the capital overnight, according to Australia's Bureau of Meteorology. Australia's devastating and prolonged bushfire season has killed 33 people and an estimated 1 billion native animals since September. About 2,500 homes have been destroyed and more than 11.7 million hectares (2.8 million acres) of tinder-dry bushland have been razed. 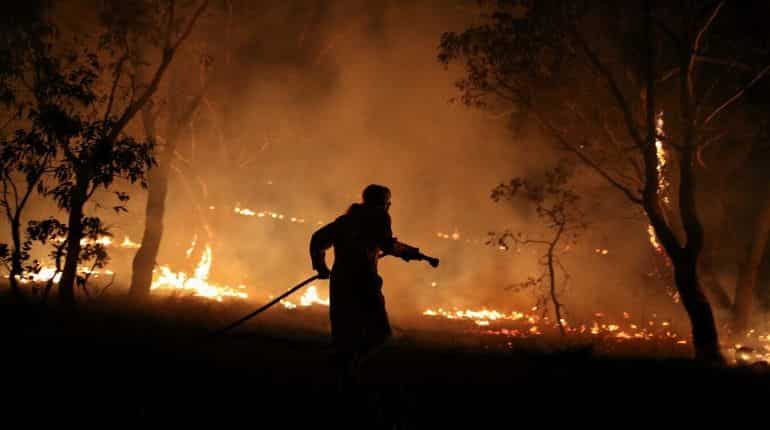 [ A firefighter from a local brigade works to extinguish flames after a bushfire burnt through the area (Courtesy: Reuters) ]

The fire in the southern tip of the ACT also crossed into the state of New South Wales (NSW) and destroyed some homes, authorities said on Sunday.In NSW, 63 fires were burning across the state on Sunday morning, with more than a third uncontained. NSW Health issued a statement saying air quality would be poor in parts of the state, including Sydney, due to a combination of bushfire smoke and dust blowing in from drought-hit areas.

Affected residents were urged to stay indoors and minimise physical activity, NSW Health said, adding those with chronic respiratory and cardiovascular conditions are particularly at risk. Parts of the ACT and NSW are bracing for forecast thunderstorms later on Sunday - a weather event that could bring cooling rains but also cause damage and even trigger new fires through lightning strikes.