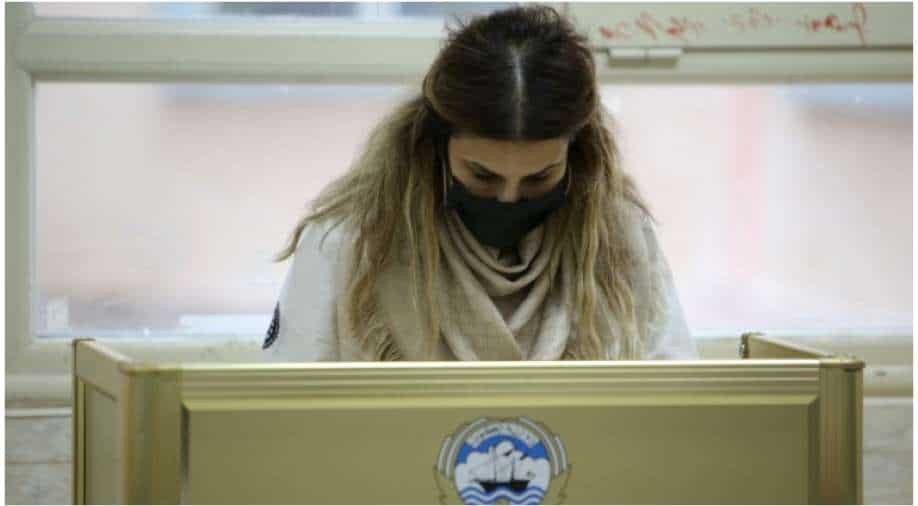 Mask-clad voters, who were also forced to wear gloves, were subject to temperature checks before entering the facilities where election officials stood behind glass barriers

Kuwaitis went to polls in Saturday for parliamentary elections. There were separate facilities so that people infected with coronavirus could vote safely.

On Saturday, authorities set up security barriers around the country's 102 polling stations to prevent gatherings, with designated lanes for entry and exit.

Mask-clad voters, who were also forced to wear gloves, were subject to temperature checks before entering the facilities where election officials stood behind glass barriers.

The oil-rich emirate has enforced some of the strictest regulations in the Gulf to combat the spread of the virus, imposing a months-long lockdown earlier this year.

While some of those curbs have been eased, over-the-top campaign events that traditionally draw thousands for lavish banquets were absent from this year's election, while masks remain mandatory outdoors and temperature checks routine.

Infected people or those under enforced quarantine are usually confined to home, with electronic wristbands monitoring their movements.

Kuwait has a lively political life. Its parliament is elected for a four year term and enjoys wide legislative powers. Political disputes are often fought in public.

However, this time, the campaign for election was fought mainly on social networks and in media.

Yet the normal themes have remained: promises to fight corruption and address youth employment, along with debates over freedom of expression, housing, education and the thorny issue of the stateless "bidoon" minority.
Some Kuwaitis have expressed their desire for change and reform in their country, where 70 percent of the 4.8 million population are foreigners.

"We want change, new blood, to encourage the youth," said Hoda al-Hassan, who cast her ballot in the Al-Rawda area of Kuwait City.

"I also hope that the parliament will resolve the issue of the 'bidoon' and that of the demographic imbalance," she added.