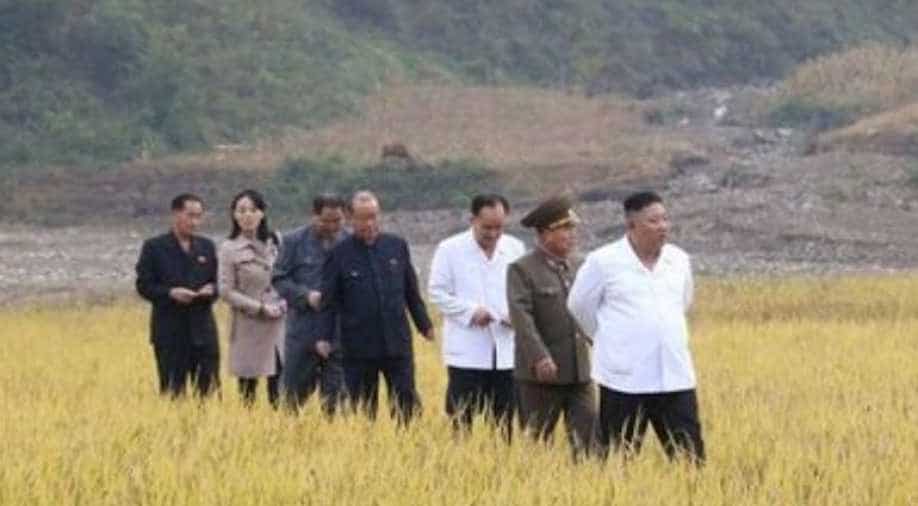 North Korean leader Kim Jong Un took a tour of the recovery flats in a flooded village inNorth Korea on Friday. With him was his sister who had disappeared from the public eye for nearly two months.

Kim, with his sister and few officials, visited the flood-hit village in the Kimhwa County which has suffered structural and human life damage.

"This year has been one of unprecedentedly hardships," Kim said, as reported by the local media channel KCNA. While praising the recovery, Kim said he "felt regretful" that new houses in the area were of a "monotonous" design.

This year, the summer storms had badly affected the Kim-ruled country. Thousands of homes were destroyed which led to concerns of a worsening of the country's chronic food shortages.

His sister, Kim Yo-jong, had disappeared from the public eye for the past two months. Her long disappearance had come after the rumours of her taking over — in case her brother dies — had started surfacing.

Considered to be the de facto second in command, she is known for her harsh views against South Korea. However, her disappearance had started rumours of a feud between the the two siblings regarding the control in power

Talking about the newly-constructed home, Kim said that while the construction speed haeen good, he wished "artistic harmony with the surrounding environment and diversity had been appropriately combined", KCNA said.