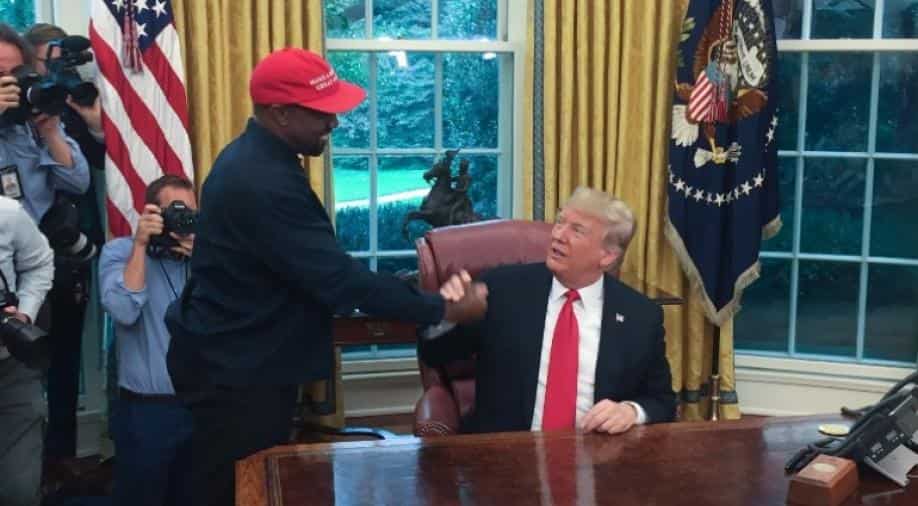 'I love this guy right here,' the serial Grammy-winning artist declared in the Oval Office, before taking the president in his arms.

Does rap megastar Kanye West support Donald Trump? He loves him -- and proved it Thursday by suddenly striding from his chair at a surreal White House meeting to hug the president.

"I love this guy right here," the serial Grammy-winning artist declared in the Oval Office, before taking the president in his arms.

The rapper had been invited to lunch to discuss prison reform but turned what would ordinarily have been a staid White House photo-op into possibly one of the more unusual -- and profanity laden -- encounters in the Oval Office's storied history.

Talking loudly and rapidly on everything from Trump's protectionist trade polices to replacing Air Force One with a hydrogen plane, black gun crime, being married to Kim Kardashian and "infinite amounts of universe," West left the normally loquacious president nearly speechless.

"That was quite something," Trump finally said to laughter from astonished senior aides and journalists at the end of the soliloquy, which West punctuated with bangs of his fist on the legendary Resolute desk, used by presidents since the 1880s.

"It was from the soul. I just channelled it," the musician said, adding -- to further gasps -- that Trump "might not have expected to have a crazy motherfucker like Kanye West supporting him."

Trump said West "could very well be" future presidential material, to which the rapper said he would not want to get in the way of the Republican's 2020 reelection.

West, who has broken ranks with much of the left-leaning entertainment industry to support Trump, recently took fire for wearing one of the red baseball caps handed out at the president's raucous "Make America Great Again" rallies.

West not only wore one of the caps into the Oval Office but declared: "There's something about when I put on this hat, I feel like Superman."

Trump can only have been delighted.

The president is pushing hard to portray himself as being on the side of blacks, rather than only the overwhelmingly white voter block behind his surprise election.

Last year, Trump was heavily criticized for what appeared to be his lukewarm condemnation of a white supremacist rally in Charlottesville, Virginia.

He's also locked in a dispute with several black NFL football players who have knelt down during the playing of the US national anthem to protest racial inequality.

As recently as August, Trump seemed to be digging himself an even larger hole among African Americans when he got into a Twitter war with basketball great and black icon LeBron James.

But he's working to flip that narrative ahead of congressional midterm elections next month.

His stump speech includes repeated boasts about record low unemployment for African Americans and he is touting the need for reform of the prison system, where blacks are about 38 per cent of inmates, despite being only 13 per cent of the US population.

So West's visit, accompanied by NFL football great Jim Brown, maybe the best political advertising Trump can get. Or the bizarreness of the occasion could end up backfiring, with some critics of the president immediately questioning whether serious issues facing the black community were sacrificed to showbiz.

After accidentally revealing the passcode to his iPhone in front of ranks of media cameras inside the Oval Office, West topped off his eyebrow-raising day by heading to a Washington Apple store, where he stood on the table -- and talked again about Trump's red hats.

In a Fox television interview Thursday, Trump said that West's support had transformed blacks' view of his presidency.

"When Kanye came out a couple months ago, something happened," Trump said. "Nobody (has) ever seen it. He has a big following in the African-American community, a big, big following.... The polls went through the roof."

Previously, West's reality TV star wife Kardashian visited the White House to press, successfully, for Trump to grant clemency to Alice Johnson, a woman who was sentenced to life in prison for nonviolent drug crimes.

Trump raised her case again Thursday as an example of why the prison system needs urgent change.

"We do need reform. That doesn't mean easy. We're going to make certain categories tougher when it comes to drug dealing and other things, but there has to be a reform because it is very unfair right now," he said.

"It is very unfair to African-Americans." 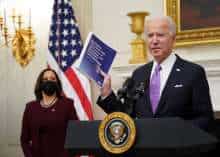