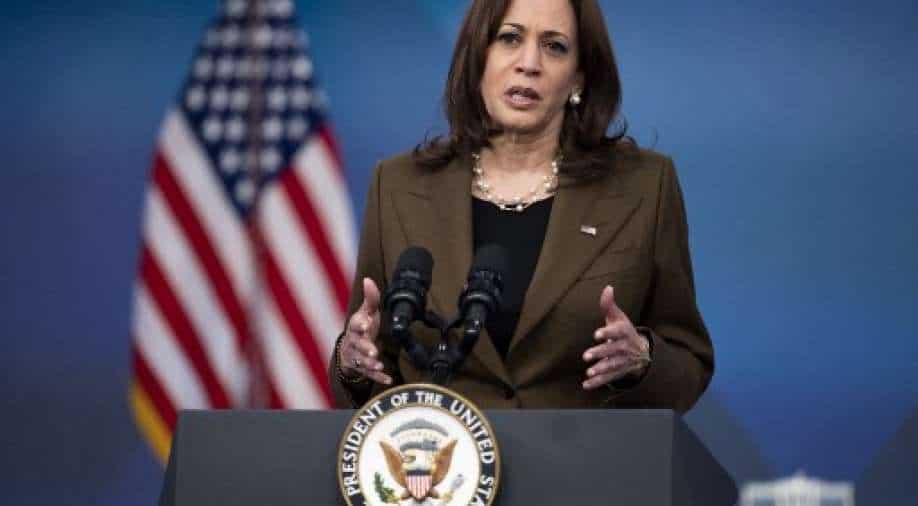 Singh has served as deputy press secretary since the beginning of the administration. She was one of the longest serving aides in a team which has employed a number of newcomers in the recent past.

US Vice President Kamala Harris’s office is facing another high-profile departure as Sabrina Singh is all set to step down from her role as the deputy press secretary. Singh will be moving to the defence department for a new role, according to an internal email obtained by multiple US media outlets.

Jamal Simmons, the communications director for Kamala Harris, wrote in the internal memo about the ‘sad news’ of Singh’s departure from her role. "We will miss her institutional knowledge, strategic counsel and rapid-fire e-mail fingers," Simmons wrote in the memo.

Singh has served as deputy press secretary since the beginning of the administration. She was one of the longest serving aides in a team which has employed a number of newcomers in the recent past.

Singh was hired in March 2020 to manage the communications for political operations, and she became a key advisor during the general elections.

A source told CBS News that Harris has decided to "reconfigure" her communications department after the recent departure that followed former press secretary Symone Sanders and communications director Ashley Etienne.

The new press secretary will be Ernesto "Ernie" Apreza. Apreza, which is part of the White House at the moment in the Office of Public Engagement, was a part of the 2020 Biden-Harris campaign as well as Harris’ own campaign back in 2019.

Simmons also told the staff in the email that a new press secretary has been hired — "she will be a fantastic leader" of the communications team, he wrote.

There were also a couple of more changes to Harris’ office – Herbie Ziskend joined as a senior communications adviser while Rachel Palermo was appointed the new deputy communications director.