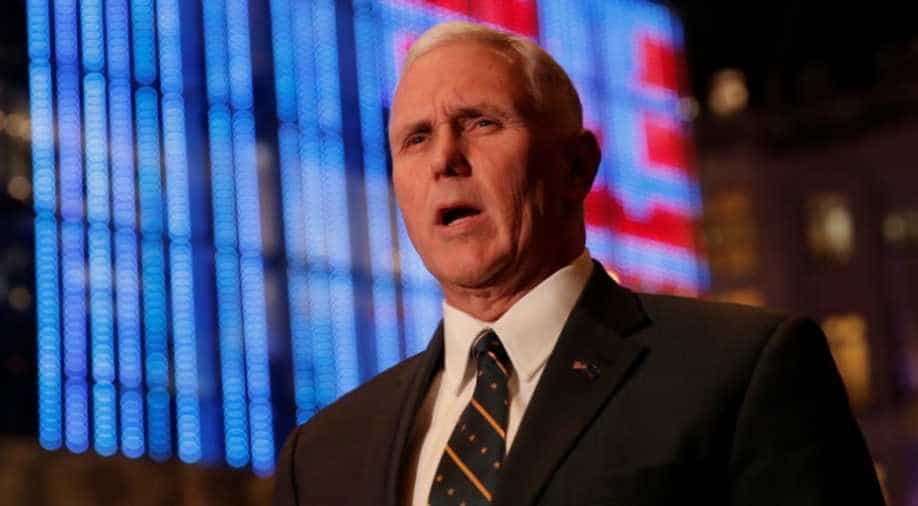 US Vice President Mike Pence has called the federal judge's ruling suspending the travel ban on people from seven Muslim-majority nations a "wrong decision" and vowed the Trump administration will take "all legal means" to protect the country.

"We believe the judge made the wrong decision, the Boston court made the right decision. We're going to continue to use all legal means at our disposal to stay that order and move forward to take the steps necessary to protect our country," Pence told Fox News.

Pence said from the very outset of his campaign for the president and the outset of this administration, President Donald Trump has made it clear that he is going to put the safety and security of the American people first.

The executive order he signed suspending travel from seven mainly Muslim countries - Iran, Iraq, Libya, Somalia, Sudan, Syria and Yemen - that have been compromised by terror is consistent with that objective, and it's consistent with his powers as president of the United States of America - both under the Constitution and under statutory law, he asserted.

"It's quite clear that the president has the ability to determine who has access to this country when it comes to national security," Pence said as he expressed his frustration over the judge's decision in the Washington court.

"We don't appoint judges to our district courts to conduct foreign policy or to make decisions about the national security. Under statutory law and under the Constitution, that authority belongs to the president of the United States," he said.

"While the court did not impose a stay of that order at this point, we're going to move very quickly into the merits of this argument. As the President said, we are going to in the arguments because we're going to take the steps necessary to protect the country, which the president of the United States has the authority to do," Pence said.

When asked about Trump slamming the judge which is quite unusual in the US, Pence told ABC News in another interview that American people are very accustomed to this president speaking his mind and speaking very straight with them.

"There's simply no question under 'The Constitution,' and, frankly, under federal law, that the president of the US has the authority, in the interest of national security, to determine who has the right to come into this country," he said.

"And we're going to challenge the judge's order on that basis, because the reality is, we face a dangerous enemy and the president is determined to use the authority that he has under 'The Constitution' and under the law," Pence said.

"The administration is complying with that order as we speak. We will go through the process in the courts to get a stay of that order, so that again, we can implement this action that is entirely focused on the safety and security of the American people," he said.

"We have got to do things differently. The Obama administration and the last Congress identified these seven countries repeatedly as seven countries that have been compromised by terrorism," he added.

As the ban lifted, refugees and thousands of travellers from Iran, Iraq, Libya, Somalia, Sudan, Syria and Yemen who had been stopped in their tracks last weekend by Trump's executive order scrambled to get flights to quickly enter the United States.

The sudden reversal of the ban catapulted would-be immigrants back to airports, with uncertainty over how long the window to enter the United States will remain open.