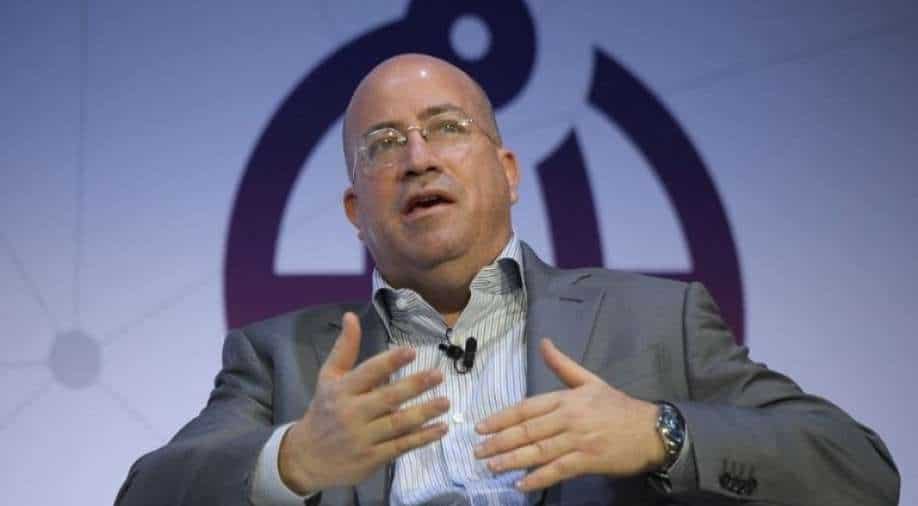 In this file photo, Jeffrey Adam "Jeff" Zucker can be seen giving a speach on the first day of the Mobile World Congress (MWC)  Photograph:( AFP )

Zucker, 56, is among the most powerful leaders in the American media and television industries

Jeff Zucker resigned Wednesday as president of CNN and chair of WarnerMedia’s news and sports division, writing in a memo that he had failed to disclose to the company a romantic relationship with another senior executive at CNN.

Zucker, 56, is among the most powerful leaders in the American media and television industries. The abrupt end of his nine-year tenure immediately throws into flux the direction of CNN and its parent company, WarnerMedia, which is expected to be acquired later this year by Discovery Inc. in one of the nation’s largest media mergers.

In a memo to colleagues that was obtained by The New York Times, Zucker wrote that his relationship came up during a network investigation into the conduct of Chris Cuomo, the CNN anchor who was fired in December over his involvement in the political affairs of his brother, former Gov. Andrew Cuomo of New York.

“As part of the investigation into Chris Cuomo’s tenure at CNN, I was asked about a consensual relationship with my closest colleague, someone I have worked with for more than 20 years,” Zucker wrote. “I acknowledged the relationship evolved in recent years. I was required to disclose it when it began but I didn’t. I was wrong.

“As a result, I am resigning today,” he wrote.

Zucker was referring to Allison Gollust, CNN’s executive vice president and chief marketing officer and one of the highest-ranking leaders of the network, who is closely involved in major business and communications decisions.

Gollust said in a statement Wednesday that she was remaining in her role at CNN.

“Jeff and I have been close friends and professional partners for over 20 years,” she wrote. “Recently, our relationship changed during COVID. I regret that we didn’t disclose it at the right time. I’m incredibly proud of my time at CNN and look forward to continuing the great work we do everyday.”

Both Zucker and Gollust are divorced.

Chris Cuomo has contested the terms of his departure from CNN, which said it would not pay him severance or honor the remainder of his current contract. The anchor hired powerful Hollywood litigator Bryan Freedman to represent him in negotiations with the network.

Zucker had stood by Cuomo for months after it was revealed that the anchor had advised aides to Andrew Cuomo on how the governor could fend off the sexual harassment scandal that eventually led to his resignation. But Zucker dropped his support in December after more details emerged about Chris Cuomo’s involvement, including efforts to uncover the status of pending articles at other news outlets about his brother.

Days before Cuomo was fired, CNN was informed of an allegation of sexual misconduct against Cuomo by a former junior colleague at another network. Cuomo has denied that allegation.

In an industry known for its on-the-air talent, Zucker is perhaps the most recognizable figure among behind-the-scenes executives. He became a public face of CNN in large part because of his public jousting with former President Donald Trump, with whom he once shared a friendlier relationship; as president of NBC Entertainment, Zucker had made the decision to grant Trump reality-TV stardom with “The Apprentice.”

Zucker became CEO of NBCUniversal in 2010 before leaving the company in 2010. He started at CNN in January 2013. In recent months, Zucker was heavily involved in the shaping of CNN+, a subscription streaming service that is set to begin this spring.

“Together, we had nine great years,” Zucker wrote in his memo Wednesday. “I certainly wish my tenure here had ended differently. But it was an amazing run. And I loved every minute.”