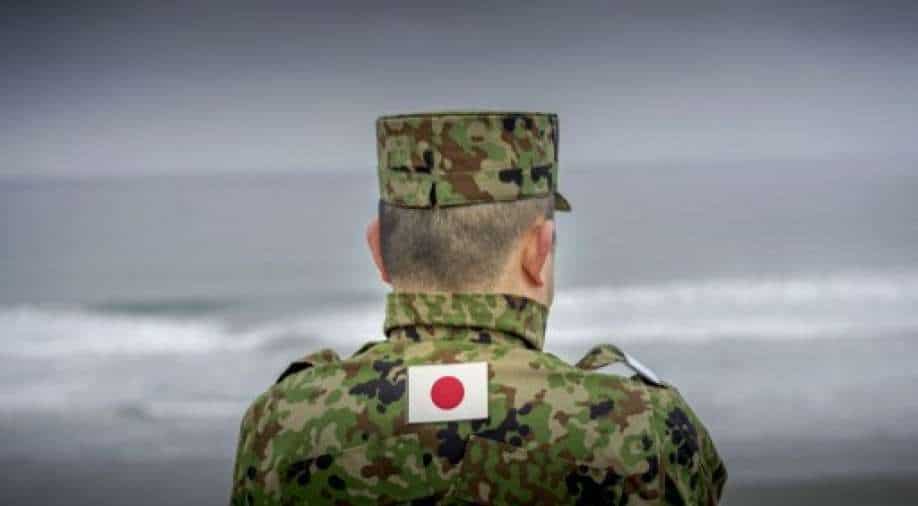 Last week a Japanese worker in the US military base in Okinawa was detected with the Omicron variant Photograph:( AFP )

Last week a Japanese worker in the US military base in Okinawa was detected with the Omicron variant.

The Japanese government has told the US military to comply with coronavirus rules after US Marine corps camp Hansen in central Okinawa Prefecture was hit with multiple COVID-19 cases.

Two days ago chief cabinet secretary Hirokazu Matsuno had informed that 180 people were infected in the coronavirus cluster.

Matsuno told the US officials that in case of a violation, strict measures will be taken "including some form of punishment" while urging the US military to comply with "instructions on behavioural management".

Reports say the COVID-19 cases have risen to 215 as Japan's foreign minister Yoshimasa Hayashi said US troops landing in the country were being tested late and were allowed to move inside the military base without restrictions as he demanded the strict rules to be followed.

Watch: Israel to roll out fourth dose of Covid-19 vaccine for seniors and health workers

Kihara added that testing and tracing has been ramped up as reports claimed the cluster was detected after new Marines arrived in the camp.

At least 18,300 people have died due to the virus in Japan. The country had witnessed a surge in cases during the Olympic games held a few months ago with a state of emergency declared in Tokyo including in Okinawa prefectures after a spate of coronavirus cases.