COVID-19: Japan eases virus border rules for workers and students but tourists will still be barred 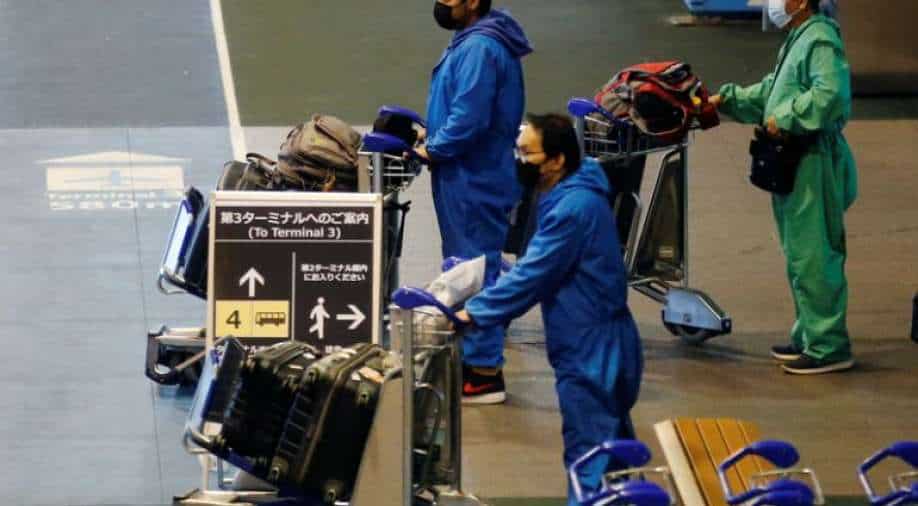 Last November, the government slightly loosened the rules to allow some students and businesspeople to enter, but then quickly reversed the plan weeks later as the Omicron strain emerged

Japan will ease its strict virus border rules to allow students and business people into the country from March, but tourists will still be barred, Prime Minister Fumio Kishida said Thursday.

The move comes with growing pressure on Japan from the business community and academics to loosen the border restrictions, which are the toughest in the G7 but have broad support from Japanese voters.

Japan has barred tourists since the early days of the pandemic, and has in some cases prevented even existing foreign residents from entering the country.

Last November, the government slightly loosened the rules to allow some students and businesspeople to enter, but then quickly reversed the plan weeks later as the Omicron strain emerged.

After an Omicron-driven spike in infections, cases in Japan now appear to have peaked, experts say.

From March 1, Kishida said "we will allow new visitors, except those coming for tourism", adding that a cap on daily entrants will be raised to from the current 3,500 to 5,000.

More than 400,000 people whose visas have already been approved by authorities were waiting to enter Japan as of January 4, an immigration agency official told AFP.

More than 150,000 of those are students, with another 129,000 workers hired to take part in a technical training programme that is a key source of foreign labour for several industries in the country.

While Japan has not pursued a zero-Covid policy and has avoided strict lockdowns, it has made tough border measures a centrepiece of its pandemic response.

Even citizens and returning residents able to enter have been subject to quarantines of up to two weeks, with testing before and after entering the country.

Quarantine will be removed altogether for those with three vaccines doses coming from countries judged low-risk, he added, without specifying particular nations.

Japan has recorded more than 20,950 deaths in the pandemic and polls show Japanese broadly favour the tough restrictions, with nearly 60 percent of respondents in a recent survey by public broadcaster NHK backing a continued ban on entry.

Davide Rossi, an Italian entrepreneur living in Japan who campaigns for students stuck outside the country, said the news was a light at the end of the tunnel, and many now hope they can enter Japan before the new semester in April.

"There is a very high sense of urgency. People are really on the verge of quitting, but now, with this announcement, they have some hope," he told AFP.

But he recalled the way the border restrictions were tightened in November, just weeks after being eased.

"Hopefully this is a lesson, too, and the borders won't close again like they did in November, because that really hurt a lot of people so much. I hope things will get better from today."