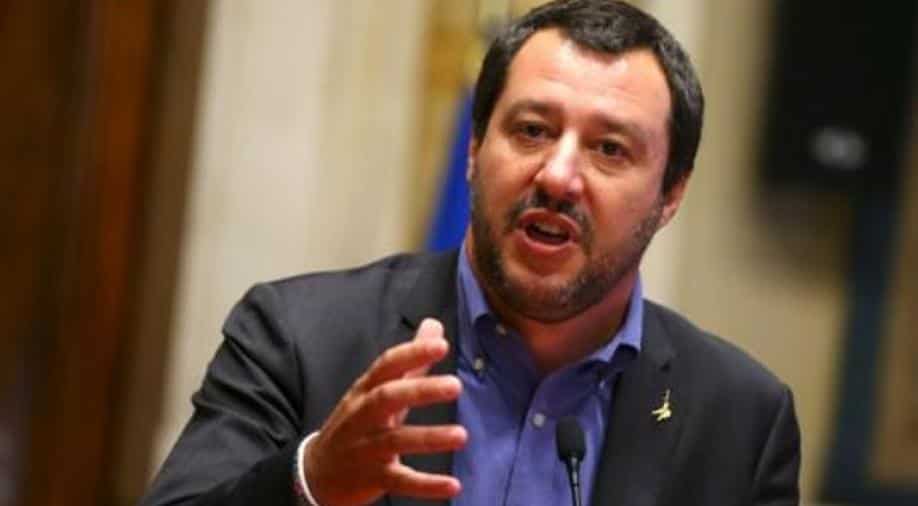 Salvini's far-right League on Friday filed a no-confidence motion to bring down the government it formed with the anti-establishment 5-Star Movement, a move that he hopes will trigger new elections as soon as October and install him as Italy's new leader.

League chief Matteo Salvini's call for snap Italian elections after he turned on his own coalition partner faced mounting resistance on Sunday, with both his former 5-Star ally and the centre-left opposition seeking to put the brakes on.

Salvini's far-right League on Friday filed a no-confidence motion to bring down the government it formed with the anti-establishment 5-Star Movement, a move that he hopes will trigger new elections as soon as October and install him as Italy's new leader.

But that plan is facing criticism from other parties, whose support the League would need in parliament for the no-confidence vote to succeed.

Former Democratic Party leader Matteo Renzi, who still wields strong influence over his centre-left party, said on Sunday going back to the polls just when the government is due to start preparations for the 2020 budget would be "crazy".

In an interview with Corriere della Sera daily, Renzi called instead for a caretaker government to be installed with the support of parties across the political spectrum.

Such an administration's first task would be to find some 23 billion euros ($25.8 billion) to avert a rise in sales tax which will otherwise kick in from January.

"We will head back to the polls, of course. But the savings of Italians must come first," he said.

He also backed 5-Star's call for legislation cutting the number of MPs and senators in Italy by 345 to be passed before new elections. There are currently 630 members of the lower house and 315 senators.

While the PD and 5-Star remain far apart on many issues, commentators sensed a rapprochement between the two sides, united by their desire of foiling Salvini's plans given that he would likely emerge as the winner of a snap election.

The draft bill cutting the number of lawmakers is at an advanced stage, with a final vote due next month, but such a measure would have to follow a lengthy constitutional procedure that would make new elections unlikely for another year.

With parliament closed for the summer holidays, Salvini has been waging an unofficial election campaign on Italian beaches, a perfect venue for his down-market, "man-of-the-people" persona.

5-Star has more parliamentary seats than the League, but Salvini's party now has twice as much voter support, according to opinion polls.

Salvini, who effectively triggered the crisis on Thursday by declaring the ruling coalition unworkable, accused his critics of scheming to save their posts and keep him from power.

"Under-the-table stitch-ups, palace intrigues, technocrat or caretaker administrations will not stop Italians who want a strong government," he said on Facebook on Sunday.

Despite the summer recess, Salvini has summoned all League lawmakers back to Rome on Monday and is pushing for a vote on the no-confidence motion against the government this week, while opposition parties would prefer to wait until Aug. 19-20.

The decision lies with the heads of political groups in the Senate, who will meet on Monday to set a timetable.

Only President Sergio Mattarella has the power to dissolve parliament and he may be unwilling to do so ahead of preparatory work in September for the 2020 budget, which must be presented to parliament and the European Commission the following month.

He could try instead to form a new government from the existing legislature before resorting to an election.

Salvini's shock decision to call time on the 14-month-old government last week threw the euro zone's third-largest economy, whose public debt is the second highest in the single currency bloc, into deeper political uncertainty, sparking a sell-off in Italian bonds and shares.