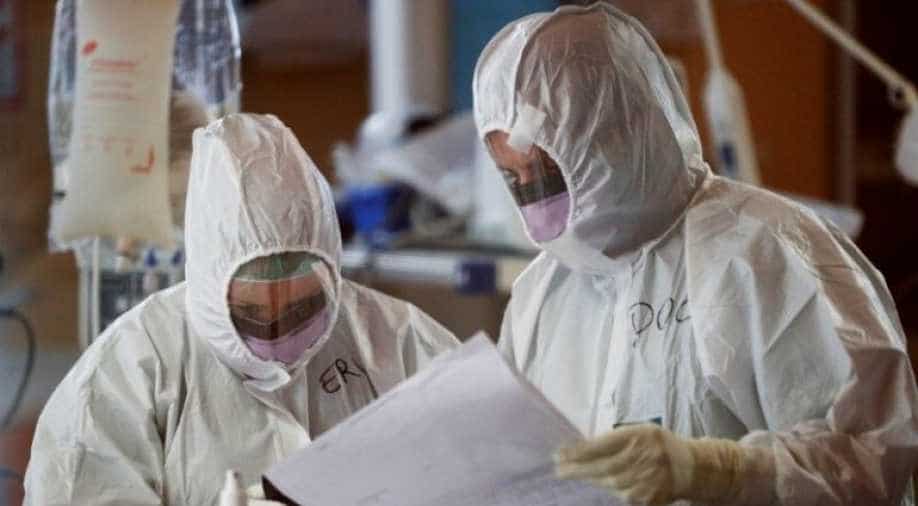 Italy has seen more fatalities than any other country, with latest figures showing that 6,077 people have died from the infection in barely a month

The number of coronavirus cases in Italy is probably 10 times higher than the official tally, the head of the agency collating the data said on Tuesday as the government readied new measures to force people to stay at home.

Italy has seen more fatalities than any other country, with latest figures showing that 6,077 people have died from the infection in barely a month, while the number of confirmed cases has hit 64,000.

However, testing for the disease has often been limited to people seeking hospital care, meaning that thousands of infections have certainly gone undetected.

"A ratio of one certified case out of every 10 is credible," Angelo Borrelli, the head of the Civil Protection Agency, told La Repubblica newspaper, indicating he believed as many as 640,000 people could have been infected.

After four weeks of steep increases in deaths and cases, the growth rate has eased since Sunday, raising hopes that the most aggressive phase of the contagion might be over.

"The official numbers of the last two days indicate a slowdown in the epidemic," said Giorgio Gori, the mayor of Bergamo, a small city in the northern region of Lombardy that has suffered the heaviest death toll in the country.

"I am being cautious because I do not want to delude myself, but at the same time I have a lot of hope that two whole weeks of lockdown plus increasingly restrictive measures are producing results," he told a group of foreign reporters.

The government has shut down all non-essential business until April 3 and the cabinet was due to meet later on Tuesday to tighten the screws still further, including hiking fines for people violating the shutdown to up to 4,000 euros ($4,300) from a maximum 206 euros at present.

The new directive under review, seen by Reuters, would also give the government the option to extend parts of the lockdown to July 31.

Gori said he did not see how business could remain shuttered for much longer, but indicated that the government might look to extend restrictions on those who have proved most vulnerable to the virus, especially the elderly.

The Civil Protection Agency said the biggest difficulty facing the country was a shortage of masks and ventilators - a problem that has dogged the health system since the contagion first surfaced in Lombardy on Feb 21.

Underscoring the problem, the regional governor of Veneto, Luca Zaia, ordered the confiscation of ventilators at veterinaries, saying they could be converted to human use.

With other countries looking to hoard their own medical supplies, a consortium of Italian textile and fashion companies have converted their production lines and will soon be able to produce half the required amount of masks.

"(This) will give our system the ammunition that we need in order to fight this war and avoid our total dependence on imports," Domenico Arcuri, the national commissioner for the emergency, told reporters.

The government has said a number of industrial sectors, including medical suppliers, must keep operating during the crisis, but there is growing unhappiness amongst some unions who think the prescribed list of strategic concerns is too wide.

Workers in the metal, chemical, textile, rubber-plastic and paper industries are expected to go on strike on Wednesday, alarming the government, which is holding talks with unions to try to stave off the stoppages.

"The last thing that Italy can allow itself is industrial conflict in a situation of national emergency," deputy Economy Minister Antonio Misiani told SkyTG24 television.