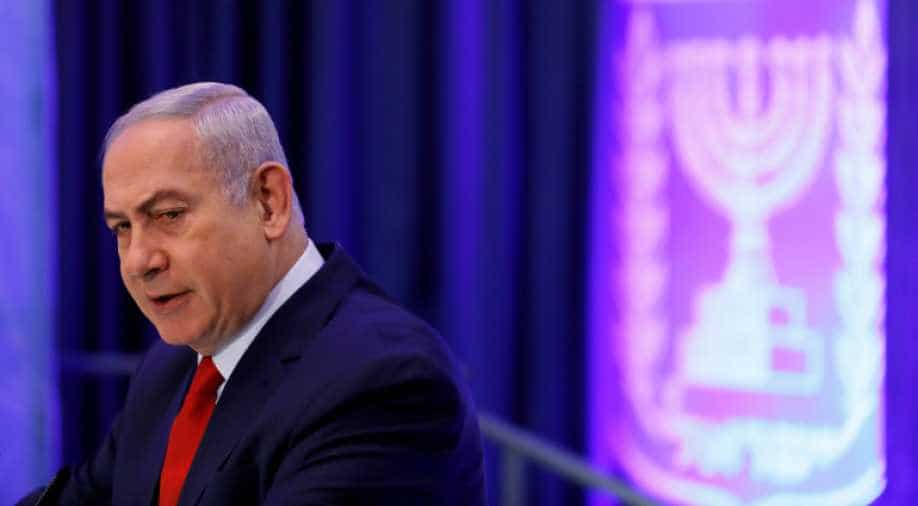 'Jerusalem is the capital of Israel, whether the UN recognises it or not,' Netanyahu said. Photograph:( Reuters )

Israeli Prime Minister Benjamin Netanyahu dubbed the United Nations a "house of lies" on Thursday, ahead of a General Assembly vote on a resolution rejecting US recognition of Jerusalem as Israel's capital.

"The State of Israel rejects outright this vote, even before it passes," he said at a ceremony in southern Israel.

"The attitude to Israel of many nations in the world, in all the continents, is changing outside of the UN walls, and will eventually filter into the UN as well -- the house of lies," he said.

The UN General Assembly will hold an emergency session later on Thursday to vote on a draft resolution that the United States vetoed at the Security Council on Monday after all other 14 council members voted in favour.

On the eve of the vote, US President Donald Trump suggested there could be reprisals for countries that support the draft, put forward by Yemen and Turkey on behalf of Arab and Muslim countries.

"Jerusalem is our capital, we will continue to build in it and embassies of countries, led by the US, will move to Jerusalem," Netanyahu said, thanking Trump and US ambassador to the UN Nikki Haley for "standing by Israel and the truth."

Trump's December 6 decision to recognise Jerusalem as Israel's capital and move the US embassy from Tel Aviv broke with international consensus, triggering protests across the Muslim world and drawing widespread condemnation.