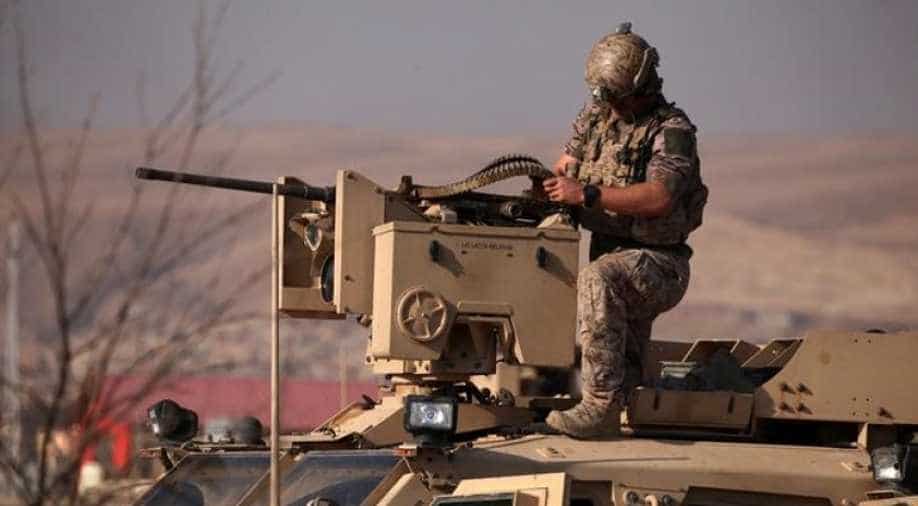 The UN also had information of the abduction of at least 30 sheikhs in Sinjar last week. Photograph:( Reuters )

Islamic State militants abducted over 295 former Iraqi security members near their stronghold of Mosul in Iraq last week, the United Nations Human Rights Organisation reported today. They also forced 1,500 families to flee with them  from their town of Hammam al Alil to Mosul airport, Reuters reported.

"People forcibly moved or abducted, it appears, are either intended to be used as human shields or - depending on their perceived affiliations - killed," Reuters reported Ravina Shamdasani, spokeswoman for the UN High Commissioner for Human Rights as saying.

The abductions take place as the Kurdish forces backed by US-led airstrike are waging a war to recapture Mosul from the IS.

About 100 of Iraqi officers were abducted around midnight of November 3 over 20 km west of Mosul, followed by a further 195 between November 1 and November 4 from villages from northwestern Iraq, 63 kms from Mosul.

About 100 of the former ISF officers were taken at around midnight on Nov. 3 from Mawaly village, which is about 20 km (12 miles) west of Mosul. A further 195 were abducted between Nov. 1 and Nov. 4 from villages in Tal Afar district, 63 kms from Mosul.

The conditions of those abducted, however, is not known, Reuters reported.

"The fate of these civilians is unknown for the moment," Shamdasani told a UN briefing in Geneva.

Reuters reported that the UN also had information about the abduction of at least 30 sheikhs on November 2 and November 3.