ISIS leader Abu Ibrahim exploded a bomb that killed him: US official 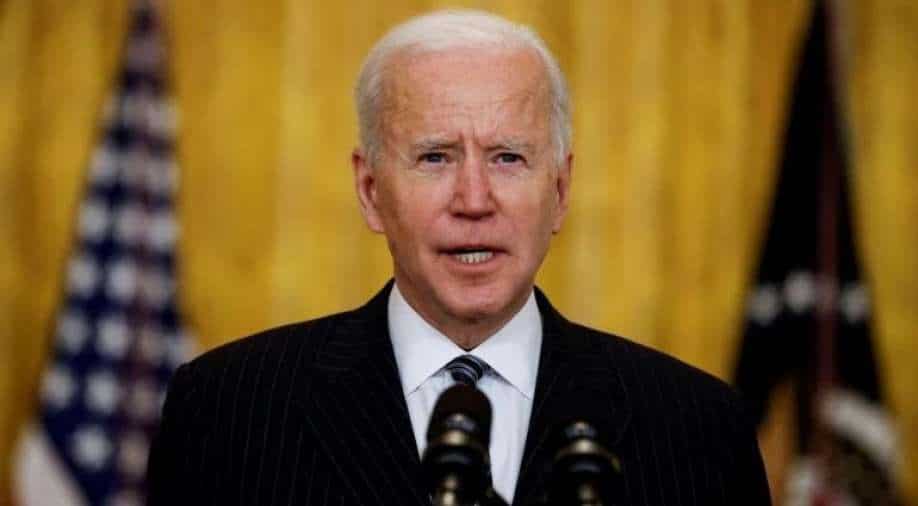 In this file photo, US President Joe Biden can be seen addressing the media Photograph:( Reuters )

Reports of the operation were doing rounds in media before the official statement from the president. It has been reported that At least 13 people, including six children and four women were killed in the clashes

US President Joe Biden said that US forces had eliminated Abu Ibrahim al-Hashimi al-Qurayshi, a leader of ISIS in a raid in Syria. The raid was carried out under his direction, Biden said in a statement. He said that all Americans returned safely from the operation.

"Last night at my direction, U.S. military forces in the northwest Syria successfully undertook a counterterrorism operation to protect the American people and our Allies, and make the world a safer place. Thanks to the skill and bravery of our Armed Forces, we have taken off the battlefield Abu Ibrahim al-Hashimi al-Qurayshi—the leader of ISIS. All Americans have returned safely from the operation. I will deliver remarks to the American people later this morning. May God protect our troops," Biden said in the statement.

Reports of the operation were doing rounds in media before the official statement from the president. It was initially thought that an Al Qaeda terrorist was the target. It has been reported that At least 13 people, including six children and four women were killed in the clashes.  The raid targetted a house in the Atmeh area near the Turkish border.

After the initial reports, Pentagon Press Secretary John Kirby had confirmed that such a raid had taken place. Biden's statement was released after this.

"US Special Operations forces under the control of US Central Command conducted a counter-terrorism mission this evening in northwest Syria. The mission was successful," Pentagon Press Secretary John Kirby said in the statement earlier.

A US official said that "at the beginning of the operation the terrorist target exploded a bomb that killed him and members of his own family, including women and children."

“We all remember the gut wrenching stories, mass slaughters that wiped out entire villages, thousands of women and young girls sold into slavery, rape used a weapon of war,” and that “this horrible terrorist leader is no more,” Biden said.