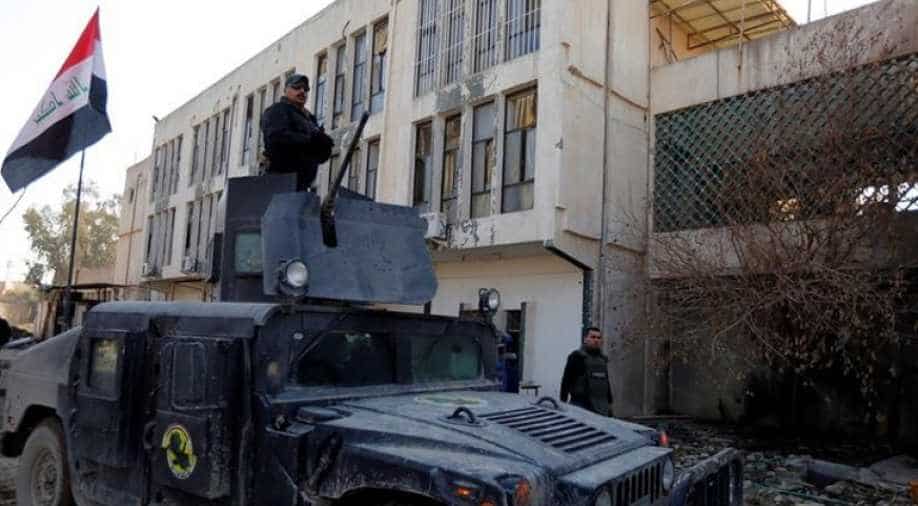 The Iraqi army has completed the operation to retake and secure Mosul University, or at least what remains of it after two years under Islamic State (IS) control.

It took the troops two days to complete the attack against the campus which was launched on Saturday.

Mosul is the last stronghold of the Islamic State in Iraq and more than one hundred thousands troops are involved in the offensive to defeat them.

Retaking the university is the last of a series of successful blows that the Iraqi army has inflicted to the terrorist organisation in Mosul since the beginning of a second phase of the three-month long offensive at the end of December.

"We are not stopping," said Sabah al-Numan, spokesman for the Iraqi Counter-Terrorism Service (ICTS), to Reuters. Their aim is to keep advancing and take control of the entire eastern part of Mosul.

According to the ICTS commander Sami al-Aridhi, his forces found some chemical substances that the IS allegedly used to try to manufacture weapons. The terrorist organisation has reportedly used chemical weapons in both Syria and Iraq, especially mustard gas.

What happened to the university is indicative of the cultural decline that the city suffered under the Islamic State. It was one of the largest in West Asia and the second most important in Iraq. More than 25,000 students came from all over the country to study in one of the many departments. But, there is no space for scientific culture under the obscurantist ideology of the self-proclaimed caliphate. Soon after its arrival in 2014, the IS used the university as a base and a weapons factory.

"Can you believe that even people from Basra used to study there? It was an amazing university," says on the phone Emil Lallo, a young men who studied in an institute right beside the university. Basra is a city in southern Iraq, nearly one thousand kilometres from Mosul.

"The ones who came from faraway places normally used to rent an apartment. Some of them stayed with relatives," recalls Emil.

When a big university is inside a city it spreads culture, it gives lifeline to the society and attracts people from different places. In the neighbourhoods close to a campus, it is common to see students buying and bargaining, eating out, having a drink and passionately discussing and debating around recently learnt topics.

During their university years, young students often experience for the first time what it means to live alone, to self-manage time, assignments, relations, money. This period of life is a step towards becoming adults, it teaches independence.

This is clearly something the Islamic State did not – and does not – appreciate.

"The university was like a big city. When you entered it, there were roads, shops, gardens," says Emil.

This is how the Islamic State left conditions at Mosul University. (WION)

One has really to take an effort to imagine all of this when looking at pictures of the burned library and the destroyed and abandoned buildings.

Since there were no civilians in the campus, the US-led coalition forces carried on several airstrikes to ease the on-the-ground operations.

Controlling the area plays a strategic role in the advance towards the Tigris' eastern bank.

The river runs north to south, splitting Mosul into two. The Iraqi army controls almost all the eastern side and the Islamic State is isolated on the west.

Thanks to the experience gathered in more than two months of urban guerrilla warfare, Iraqi forces have made rapid advances since the beginning of the year.

Once, and if, the Iraqi army controls all the eastern bank, they will be able to cross the river and launch what could be the final phase of the offensive to militarily defeat the IS in Iraq.