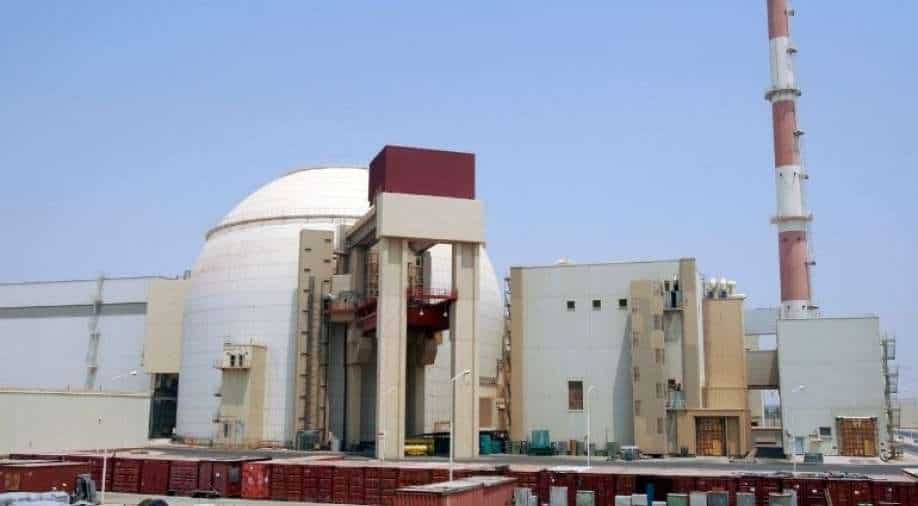 Iran's only nuclear power plant has been brought back online, its manager said early Monday, after two weeks off-grid amid a power shortage and rolling blackouts across the Islamic republic.

The Bushehr plant's shutdown was initially blamed on a "technical fault" that required repairs followed by conflicting reports that it was a regular maintenance operation.

The plant going offline came as Tehran and world powers in Vienna talks attempt to revive a hobbled 2015 agreement on Iran's nuclear programme that was torpedoed by the United States.

It returns to the grid as major cities across Iran including the capital Tehran are experiencing frequent blackouts blamed on high summertime demand exceeding production levels.

The "technical fault" that shut down the Bushehr plant "was fixed", Mahmoud Jafari, who is also deputy head of the Atomic Energy Organization of Iran (AEOI), told ISNA news agency around midnight.

That allowed the plant to be reconnected to the national power grid and resume production.

Jafari said power generation had resumed Sunday and urged Iranians to "help" the overburdened grid by minimising power consumption as high temperatures are forecast in the coming days.

The plant on Iran's southern coast and its 1,000-megawatt reactor was built by Russia and officially handed over in September 2013 after years of delay.

On June 20, the AEOI had blamed "a technical fault" for the shutdown and said it had given the energy ministry one day's notice before going offline.

It said two days later that the issue was with the plant's "power generator", without explaining further.

But Iran's foreign ministry at the time described the shutdown as "routine," saying it was carried out "once or twice each year".

Bushehr plant chief Jafari said in late March that Iran was having a difficult time obtaining supplies to run Bushehr because of US sanctions, and warned of an imminent shutdown "if no solution is found".

Tehran is engaged in talks with world powers in Vienna to revive the 2015 nuclear deal that gave Iran international sanctions relief in exchange for limiting its nuclear programme.

But hopes for rising prosperity were dashed in 2018 when former US President Donald Trump unilaterally withdrew from the accord and reimposed punishing sanctions on Tehran.

Trump's successor Joe Biden favours rejoining the accord and his administration is indirectly involved in the Vienna talks to salvage the deal.

Iran introduced planned, rolling blackouts in May after Tehran and several other cities were hit by unannounced power cuts, sparking complaints from consumers and an apology from the energy minister.

A spokesman for Iran's electricity company on Monday apologised for unplanned cuts the night before.

Power cuts are not uncommon during Iran's hot summers when air-conditioning use spikes. Adding to the problem, the country's hydropower capacity has been hit by low rainfall.

A government report in May said precipitation was down 34 per cent compared to the long-term average and warned of reduced water supplies for the year.