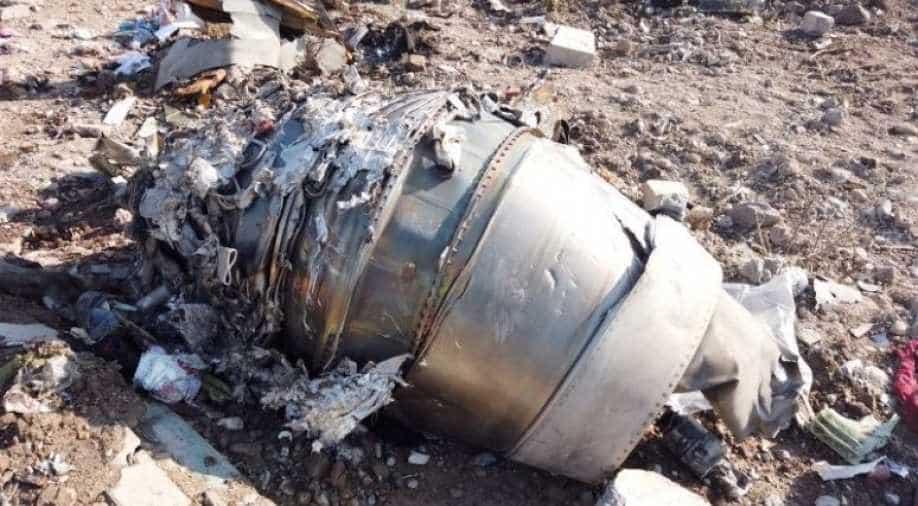 General view of the debris of the Ukraine International Airlines, flight PS752, Boeing 737-800 plane that crashed after take-off from Iran's Imam Khomeini airport, on the outskirts of Tehran, Iran January 8, 2020. Photograph:( Reuters )

The Iranian authorities are also prepared for experts from France, Canada and the United States to examine the data from the boxes, the semi-official news agency said.

Iran is sending to Ukraine the black boxes of the Ukrainian passenger plane that its military accidentally shot down this month, Tasnim news agency reported on Saturday.

The Iranian authorities are also prepared for experts from France, Canada and the United States to examine the data from the boxes, the semi-official news agency said.

All 176 people aboard the plane were killed when the Ukrainian International Airlines flight was shot down on January 8 shortly after take-off from Tehran en route to the Ukrainian capital Kiev.

Also read: Russia says Iran shot down Ukranian passenger plane after US jets were seen at its borders

"With the use of the expertise of the countries of France, Canada and America we will try to read the (flight data recorder) in Kiev," Hassan Rezaifar, a director in charge of accident investigations at Iran's Civil Aviation Organization was quoted as saying by Tasnim.

"If this effort is unsuccessful then the black box will be sent to France."

The black boxes will not be read in Iran, Rezaifar said, according to Tasnim.

Fifty seven of the dead were Canadian. Prime Minister Justin Trudeau, who has been pressing for a full investigation into the plane downing, said on Friday that Iran should send the black boxes to France for analysis.

France was one of the few countries with the ability to read the flight and cockpit data recorders from the jet, which he said were badly damaged, Trudeau told a news conference in Ottawa.

Iran has faced a deepening crisis abroad and at home over the plane disaster, with authorities taking several days to announce that its military had accidentally shot the plane down.

The downing occurred as Iran was on high alert for possible retaliatory action following its strikes on Iraqi bases housing US troops.

Those strikes were in revenge for the US killing of top military commander Qassem Soleimani in a drone attack in Baghdad on January 3.